After a very exciting seventh round, the players slowed down a bit and had a slightly quieter day. Four out of six games finished in draws, and the winners of the day were Boris Gelfand and Veselin Topalov. The former world champion is on +1 sharing third place with Peter Leko. Most of the players are in the middle of the standings with 4/8 points in a tournament where we’ve seen a lot of decisive results and combative chess.

Shakhriyar Mamedyarov and Alexander Grischuk are still in the lead on +3. They both secured draws with black to stay in the race for first place. The Azerbaijani held Wang Yue, while the Russian did the same against Anish Giri. Tomorrow is a rest day in Beijing, and the players will be back on Sunday for the final sprint of three rounds.

Former world champion Veselin Topalov was responsible for Sergey Karjakin’s third straight loss. After starting with, precisely, three wins in a row, the Russian has fallen to the big pack that has an even score. He will have to recover his form in the rest day, which might be a difficult task given the fact that he has been playing a lot of events in the last few months.

The game was a rather typical Sicilian. Karjakin gave up the pair of bishops on move 28 looking for ways to untangle his pieces and look for a counterattack, after he did not get anything with white in the opening. Topalov played actively and proved the advantage of having the two “swords” in an endgame played on both flanks. Karjakin resigned on move 52. 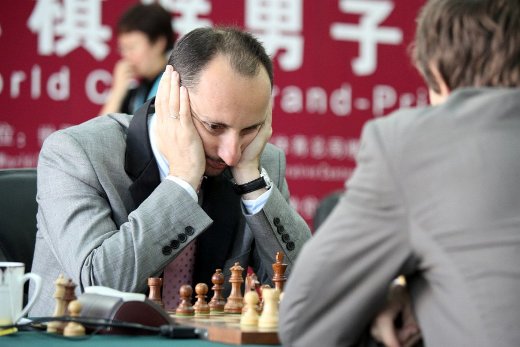 Boris Gelfand comes from winning the Tal Memorial but is not having a good time in China. He already lost three games and today got his first win against Vassily Ivanchuk. These players know each other very well as the come from the same generation, and their games are almost always entertaining.

Ivanchuk chose the King’s Indian Defense and Gelfand answered with his trademark positional style. The pawn structure remained symmetrical throughout the game and the Israeli only looked for chances thanks to his slight superior piece play. It was a long maneuvering battle until the Ukrainian gave up on move 72, in a position where there was a lot of technical work to follow. 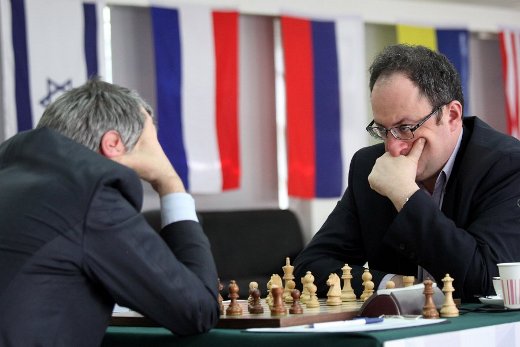 Co-leader Shakhriyar Mamedyarov did not need more than 32 moves to equalize in his game against Wang Yue. The Chinese decided not to continue with his positional grind as Mamedyarov only went for equality in the opening. The players shook hands after a threefold repetition.

Alexander Grischuk had more trouble to split the point today. He faced Anish Giri in a Sicilian. The young Dutch GM went for the initiative from the start but could not avoid the massive simplification provoked by the Russian. Giri had the upper hand in the double rook endgame but it never seemed to be enough for more than a draw. The score-sheets were signed on move 58. 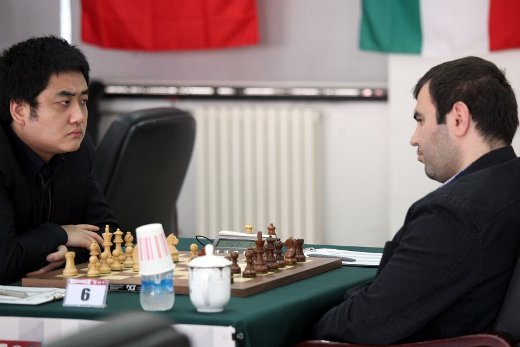 There are three more rounds to go in Beijing and the fight for first place seems to be reduced to the two leaders. Coincidentally, both of them have a couple of common contenders – Morozevich and Gelfand. Topalov and Leko are a point behind and still have chances to surprise everyone with a strong final sprint. The games continue on Sunday. 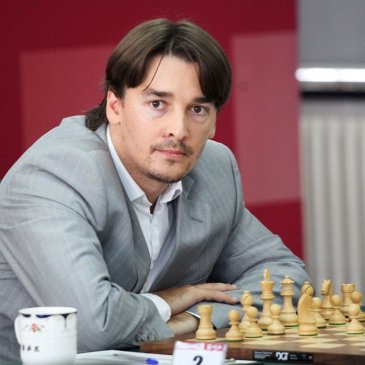