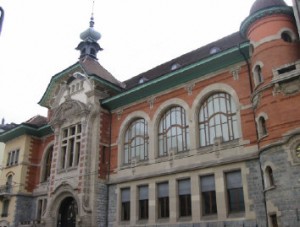 The Geneva Chess Masters Festival 2013 is set to take place on 26th – 30th June at the Pitoeff Theater, a renovated cathedral in center town, that was transformed into one of Geneva’s premier event halls with 2 floors and a 20 meter-high ceiling.

There will be a number of events that will run concurrently. Besides the main tournament, there will be two opens and tournaments for players U-10, U-12 and U-14.

The main attraction will be the rapid masters tournament. Eight strong GMs will battle in a very interesting format: they will be divided into two groups of four each, and play under the single-round robin format. Two players will advance to the semifinals from each group.

A chess extravaganza awaits in Geneva and you will find out all about it in Chessdom.

Participants of Open A: