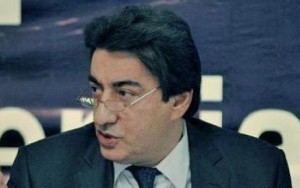 The candidate for FIDE President Georgios Makropoulos and his FIDE Forward team have officially announced the ticket for the upcoming elections. Georgios Makropoulos says, “I am delighted to tell you today that I have assembled an experienced and talented team with representation from each continental federation. The team has expertise in FIDE affairs, sports administration, chess sponsorship, tournament organisation/ promotion, business and finance and also experience in the political arena.” He named IM Malcolm Pein as his candidate for Deputy President of FIDE.

Similar to Kirsan Ilyumzhinov, Georgios Makropoulos places his bet on a team from many continents, including members from Europe, Asia, Africa, and South America. However, the main difference is that the people in the team of Makropoulos are existent and active in chess, while #KirsanGate affair continues with Ilyumzhinov still boasting a fake person on his ticket and someone who is not sure he wants to be in the ticket at all.

“As you already know from my previous letter of 29th April, after considering all aspects of the current difficult situation in FIDE, I decided to run for the office of FIDE President.

In the last two and a half years, during which I have served as FIDE Acting President, I believe that I have done everything possible to keep FIDE stable and functioning, despite the external geopolitical problems that have affected our organisation.

Also, it is clear to see that FIDE is healthy financial shape today, with substantial reserves of 1.7 million €, despite the problems that we have faced in attracting sponsorship from western companies and maintaining banking facilities.

I am delighted to tell you today that I have assembled an experienced and talented team with representation from each continental federation. The team has expertise in FIDE affairs, sports administration, chess sponsorship, tournament organisation/ promotion, business and finance and also experience in the political arena. With your help we can emerge from the current difficulties and transform the organisation.

Under the banner FIDE Forward we will soon publish more detailed plans. In the meantime I urge you to support our campaign and we would all welcome your input on how to transform FIDE in the next four years.

This is a developing story, stay tuned for updates