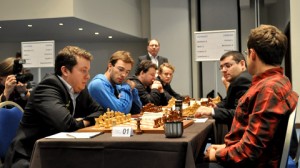 In the final round of the ETCC Open Section Armenia exercised the well known strategy of neutralising opponent’s white pieces in the decisive match against the co-leading Germany. On boards one and three Levon Aronian and Vladimir Akopian quickly drew with Arkadij Naiditsch and Daniel Fridman, respectively.

On the 2nd board German rising star Georg Meier applied pressure on Sergei Movsesian’s setup, achieved a substantial advantage and consequently converted into the full point.

Jan Gustafsson eventually pulled a draw in the exhausting game against Gabriel Sargissian and marked a huge celebration for the German team. Congratulations! 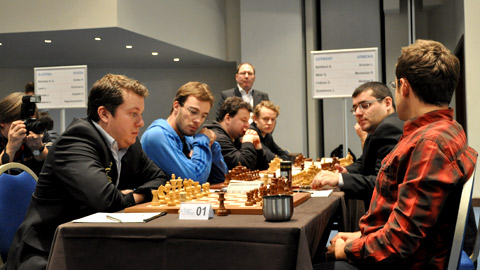 Shakhriyar Mamedyarov’s swift victory against Levente Vajda from Romania put the Azerbaijan team in comfortable position. His teammates decided not to take any chances and routinely drew on the top board. Vugar Gashimov later also won for the final score 3-1 in favour of Azerbaijan.

Azerbaijan moved into the second position and took a silver medal. 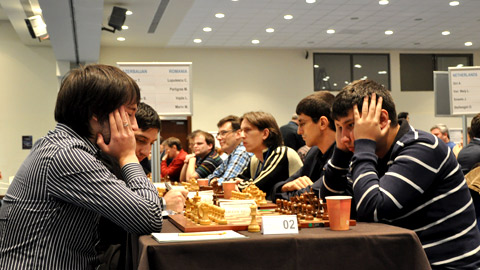 Meanwhile, Bulgaria was under pressure in the match against the charging Hungary. Zoltan Almasi was the first to score against Ivan Cheparinov, and then everything fell apart as Veselin Topalov and Alexander Delchev also lost.

Update: Hungary crushed Bulgaria by 4-0, overtook Armenia in the final standings and claimed a bronze medal!

Russia assumed an early lead against Slovenia and calmly brought the victory home. 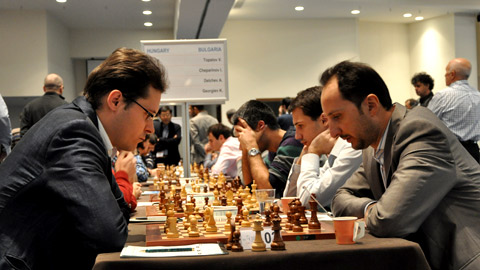 Russia quickly dissipated all uncertainty on the final standings in the Women ETCC as Valentina Gunina signed a snappy victory on the 2nd board in the match against Austria. By the end of the day Russia claimed their third consecutive title of the European Women Team Champion. Congratulations! 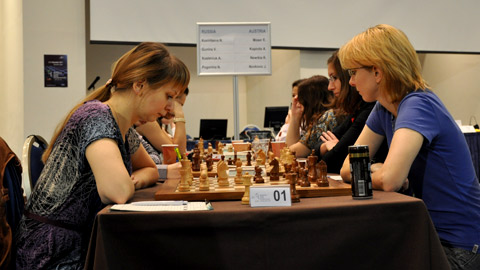 In a similar manner, Poland took an early lead against the tough team of Armenia, but then Lilit Galojan struck back and equalised the score. The match finished in 2-2. 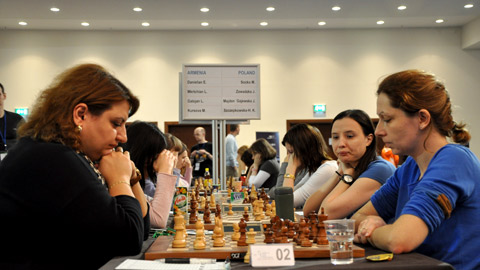 Ukraine and Georgia were racing for the bronze medal, possibly eying the silver in case of Poland’s failure. However, Ukraine, without Kateryna Lahno in the roster, fell behind when Sophie Milliet from France defeated Natalia Zhukova on the top board. France even extended the victory to 3-1. 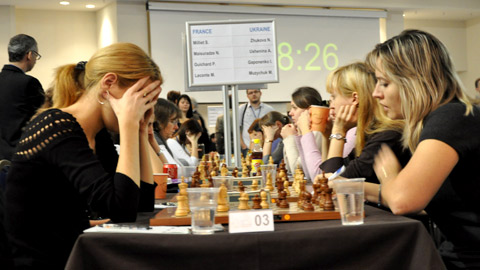 In such development, Georgia, who were still playing, needed a match victory to claim the bronze medal. A victory of 3.5-0.5 or 4-0 (3-1 might be sufficient, when Buchholz Tie-Breaks come into account) would even propel them ahead of Poland and earn them silver.

Romanian team had different plans and Irina Bulmaga defeated the Georgian Nino Khurtidze to further increase the tension. Georgia managed to turn the result but the narrow 2.5-1.5 victory was sufficient only for the bronze medal.