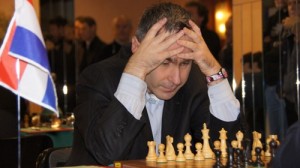 The traditional Gibraltar Chess Festival is going to take place 21-31 January, 2013. Seven players from the 2700 club are headliners in this year’s event. Top seeded is Vassily Ivanchuk, who won the 2011 Gibraltar Masters with 9,0/10 with a rating performance of 2968. His main competitors are the heroes of Gibtelecom 2010, Gata Kamsky and Michael Adams. Back then Kamsky scored an impressive and unbeaten 7½/10 in the Gibraltar Masters with a TPR of 2719 to finish shared first, while Adams won the title after tiebreaks.

The other participants from the 2700 club will be Anand’s second and winner of the 2011 Gyorgy Marx memorial Radoslaw Wojtaszek, the top French player and recent winner of European Blitz Chess Maxime Vachier-Lagrave, the legendary Alexei Shirov, and the number-one ranked player in Vietnam and the 39th strongest active player in the world Le Quang Liem.

Scroll down for the full participants list. At Chessdom.com we will have several detailed players previews in the coming days, plus you can always enjoy the live games with analysis here.

Side events: Masterclass with Anna Zatonskih

There are multiple side events at the Gibraltar Chess Festival 2013. Among them are 5 morning tournaments, amateur events, and seminars.

American International Master and Women’s Grandmaster Anna Zatonskih has confirmed that she will give a Masterclass during the Tradewise Gibraltar Chess Festival in January. Her Masterclass in 2012 was very well received. Watch it here!

In it she showed several games and problems – including an extremely difficult mate in one! The organisers are delighted that Anna has agreed to give a new Masterclass for players and guests at the 2013 festival. The photo shows Anna at the 2010 festival. 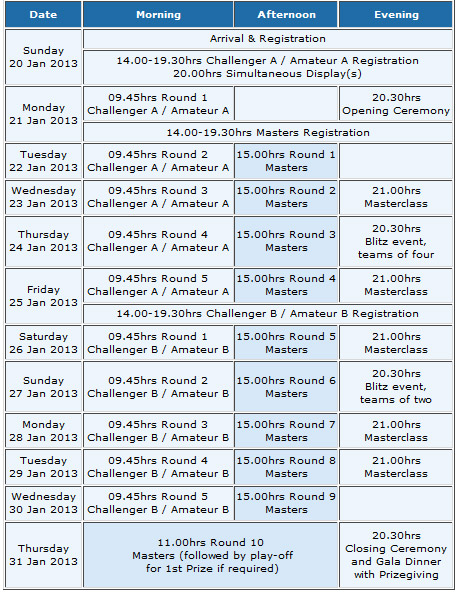