The Governor of Gibraltar and Lady Dutton this afternoon visited the 2014 Tradewise Chess Festival at the Caleta Hotel. Sir Jim Dutton, who arrived in Gibraltar December last year, was visiting the festival for the very first time.

On arrival at the Caleta Hotel the Governor and Lady Dutton were met by tournament organiser Brian Callaghan, Tamara Stewart-Wilson and tournament director Stuart Conquest. Also there to greet him were sponsors James Humphreys from Tradewise and Denis Llafferty from Saccone & Speed and Coca Cola.

The Governor and Lady Dutton were shown around both chess halls at the Caleta Hotel by Mr Conquest where the second round of the Gibraltar Masters was already in full swing. He paused to view the main boards in the main hall and watched England’s No1 Michael Adams (top seeded player in the tournament) playing against Mohammed Al-Sayed from Qatar, as well as asking the tournament’s Chief Arbiter Laurent Freyd about some of the other boards. 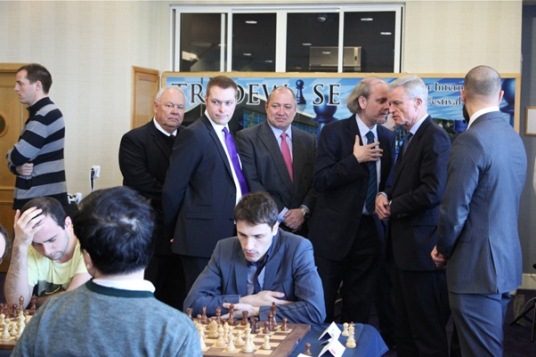 “It’s been fascinating to see,” Sir Jim said live on the festival website in an interview with tournament director Stuart Conquest from the broadcast studio in the Archie Suite.

Sir Jim admitted he had not known until today just how big the event was or how far world-wide it stretched or indeed how many people played chess around the world.

“It is clearly hugely popular around the world and it is great to hear that for two years running Gibraltar is the best open chess festival in the world. That is tremendous for Gibraltar and the people who are here,” he said. 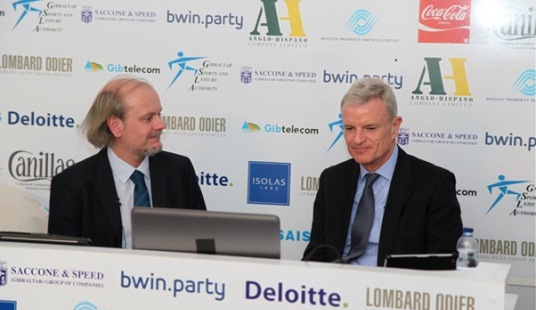 “It’s been fascinating to see,” Sir Jim said live on the festival website in an interview with tournament director Stuart Conquest from the broadcast studio in the Archie Suite.

Although not a chess player Sir Jim, who recalled playing chess on an electronic board when his son was young, was obviously impressed by the sheer size of the tournament and the diversities of the countries participating in this 12th edition.

“You tend to associate some countries with chess but that’s not really true because it truly is global. It is really fantastic that Gibraltar should be hosting this. You wouldn’t associate it immediately with Gibraltar but then there are a lot of things happening here that people don’t know about,” he added. 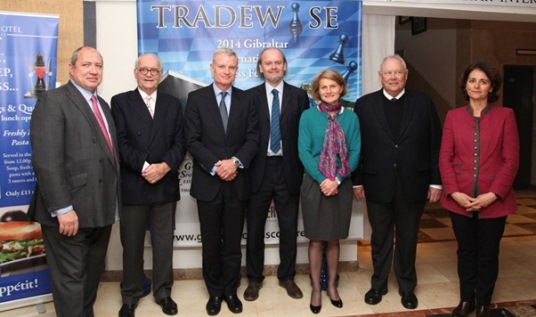