Bwalya, popularly known as ‘Captain Chalie’, managed the draw he needed in the last round against Zimbabwe’s Emarald Takudzwa Mushore, to end the tournament on 7 points out of 9 rounds. Full standings below. 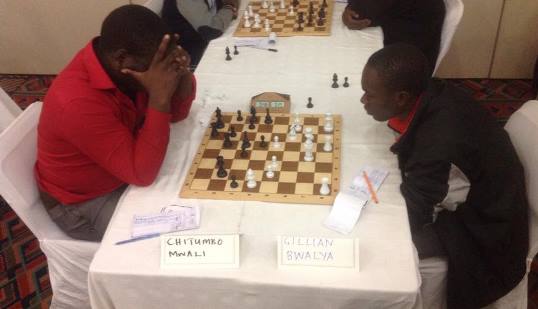 The humble and unassuming chess genius’ win extends the iron grip Zambians have had on this trophy with IM Kelvin Chumfwa having won it last year. This year saw Zimbabwean players push till the last round with their patriotism to their country translating to their gallantry on the chess board to try and “bring trophy home” or ensure “the Zimbabwe Open trophy remains in Zimbabwe”.

This is the second major title the Nkwazi Chess Club talisman has won since he came back from police training at Lilayi mid last year. In October, he beat the whole stellar field of Zambian chess players to win the tightly contested 2014 Zambia Open Chess Championship held at OYDC in Lusaka and walk away with K10,000 and a winner’s trophy.

However, in December he performed badly when he failed to make the national team that went for the Africa Individual Chess Championships in Namibia having lost all his games during the trials. 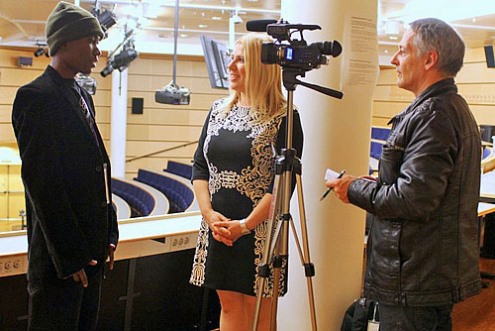 Gillian Bwalya probably became known to the world after his creditable 7/10 performance at the 2012 World Chess Olympiads which netted him the FM title. The Zambian chess player then went on to do well at such tournaments as the Botswana Open, Capablanca Open Prestige before winning the Zone 4.3 tournament in Botswana to earn his IM title.

That gave him the right to represent Zambia and Africa at the August 2013 Chess World Cup in Tromso, Norway, where he faced chess legend and former World Champion Vladimir Kramnik. His world cup appearance made him the third Zambian to do so after GM Amon Simutowe and IM Stanley Chumfwa. 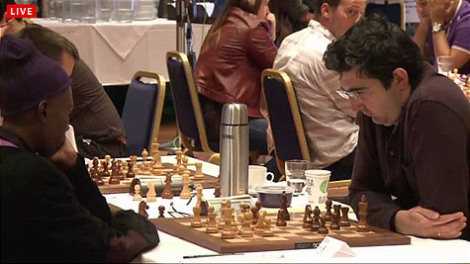 Vladimir Kramnik on the move against Bwalya