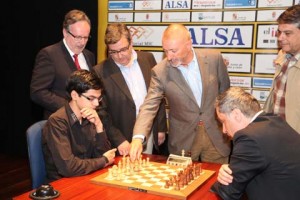 The first move of the match

Geniuses also blunder. That is what happened to Vassily Ivanchuk in the second game of the XXVI Magistral Ciudad de León against Dutch Anish Giri, after they drew the first battle. Given that each day will be played with a different time control, the Ukrainian was defeated in the slow games, but will be able to redeem himself on Saturday in rapid chess and Sunday in the blitz match-up.

Just 24 hours after Ivanchuk advised young local players that “they should never get carried away by emotions, and should just pay attention to the position of the pieces on the board”, the Ukrainian genius offered a perfect example of the consequences of not following this advice. His anger was so big that, after congratulating his opponent, he left the Auditorium running, without attending the press conference.

“I understand well what happened to Ivanchuk”, declared Anish Giri, and added: “The advice he gave the young talents on Thursday is very good, but it is too hard to follow. I felt he had an overwhelming desire to beat me, which reduced the quality of his play considerably”.

The first game had little to remember: it was very balanced from beginning to end, and finished with a technical draw, without mistakes by anyone. On the other hand, the second game was very complicated given that Giri, with black, introduced a new idea. In the maze of complications, Ivanchuk could have provoked a massive exchange of pieces that would guarantee a draw, but he preferred to maintain the tension, made a huge blunder, and had to give up the point. 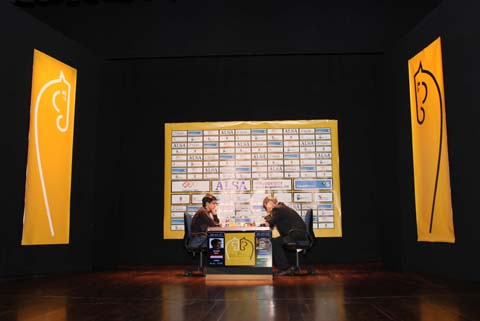 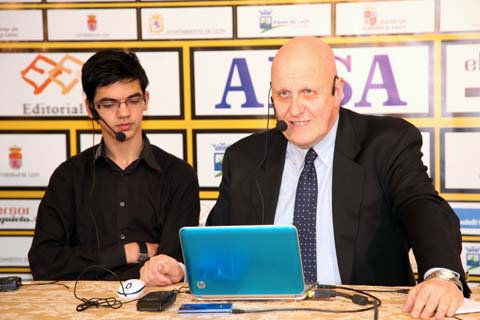 The public in Leon