The Reykjavik Open continued with the 5th round. The top is now more crowded with 7 players sharing the first position with 4.5/5: Pavel Eljanov, Maxime Vachier-Lagrave, Yu Yangyi, Anish Giri, Wesley So, Ivan Cheparinov and Grzegorz Gajewski.

The battle between two of world’s top juniors, Anish Giri and Alexander Ipatov, finished with a win for the Dutch player. Giri, who will turn 19 this year, spent very little time from his clock to beat the Turkish representative. The game started with a Caro-Kann Defense and the players quickly simplified the position. Anish demonstrated his superiority in the endgame, which he handled with precision while almost blitzing the moves. This puts the Nr 1 seed on 4.5/5 points with a lot of chances to claim the first prize. 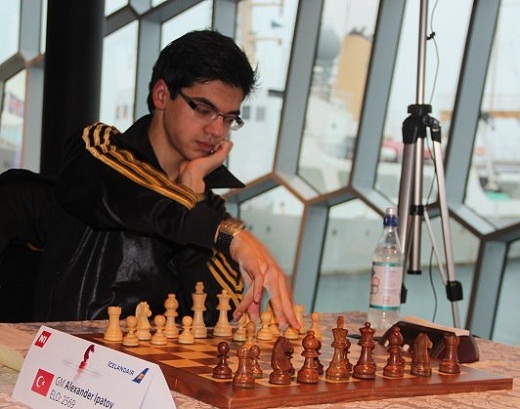 After the early 18-move draw between Grzegorz Gajewski and Yu Yangyi, there were still two players that could have gotten the coveted fifth straight victory. Maxime Vachier-Lagrave had a slight edge in an endgame against Pavel Eljanov, but was not able to convert it into a full point. The game started with Maxime’s beloved Grunfeld Defense. Eljanov decided to go for some early simplifications, trying to exchange black’s important dark-squared bishop. He managed to do so, however, the resulting endgame was pretty equal. The French GM activated his pieces, but that never seemed to be enough to get the win. The draw was signed on move 36. 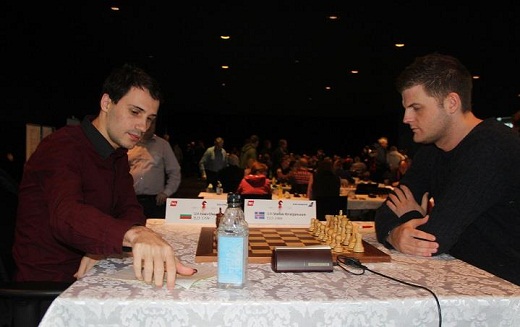 Taking advantage of this result, the Bulgarian GM Ivan Cheparinov now joined the leaders after defeating Icelandic GM Stefan Kristjansson with the black pieces on the fourth board.

The last player to join the leaders was Philippine star Wesley So. He outplayed Chinese IM Wei Yi in a rook endgame with 4 pawns for each side. It took 75 moves for the Chinese to finally resign the game. Wesley So has a more difficult challenge tomorrow, as he has to face second seeded Maxime Vachier-Lagrave. 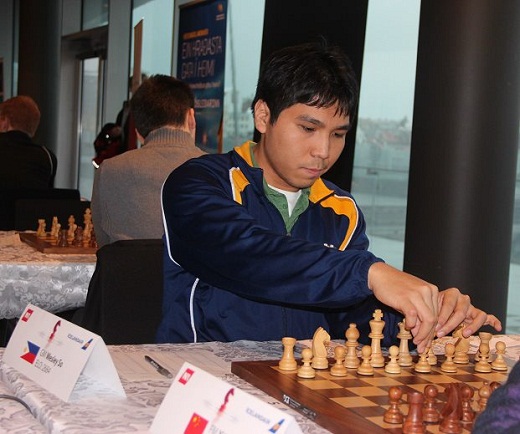