The Italian Chess Championship 2012 was held from 30th October to 10th November at the NH Hotel Ambasciatori (corso Vittorio Emanuele 104) in Torino.

This was the first time that Torino hosted the prestigious event. Twelve players competed in the round robin tournament.

Alberto David, who was born in Milano but moved to Luxembourg with the family when he was 10-years old, returned to Italy and to the Italian Chess Federation and immediately won the National Championship by collecting commendable 8,5 points, leaving the nearest followers point and a half behind. 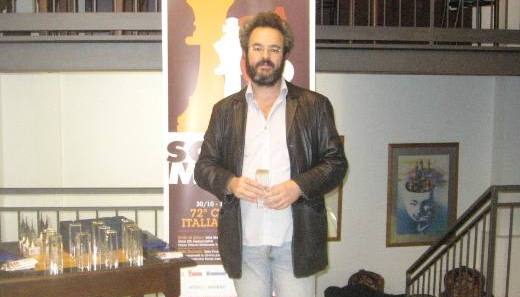 The talented International Masters Guido Caprio and Daniyyl Dvirnyy shared the second place with 7 points each, just narrowly missing the Grandmaster norm bar which was set at 7,5 points.

The top-seeded GM Sabino Brunello suffered a setback in the first round when he lost to Caprio and was unable to race David in the title hunt.

The 58-years old GM Carlos Garcia Palermo, who in his youth defeated Bobby Fischer in a simul, had a shaky start with three consecutive losses, but a later series of victories lifted him to 6,5 points and the shared 4th place. 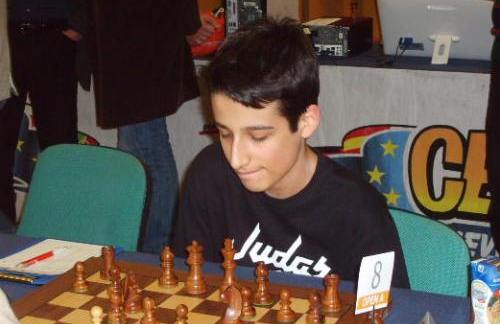