Yermolinsky becomes only the 48th person named to the Hall of Fame, joining luminaries such as Bobby Fischer and Benjamin Franklin.

“We are thrilled to honor Yermo as he takes his place among the top players in US history. Besides his obvious personal gift for the game, he should also be recognized for his generosity helping others learn to play and improve their skills,” said Harold Winston, chairman of the U.S. Chess Federation Hall of Fame Committee. 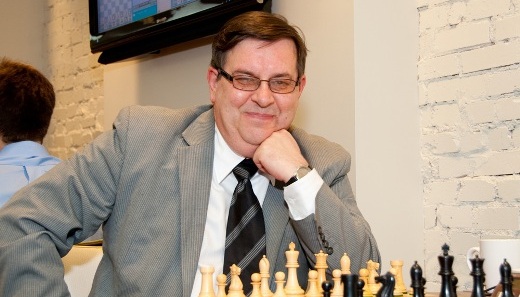 Born in Leningrad (now Saint Petersburg, Russia), Yermolinsky immigrated to the United States in 1989 and became a grandmaster in 1992. He went on to share the title of U.S. Chess Champion with Alexander Shabalov in 1993 and was the sole champion in 1996. He has won countless other titles and was the Grandmaster-in-Residence at the Mechanics’ Institute Chess Club in San Francisco from 1999-2007.

Yemolinsky is a noted chess writer and instructor. He has authored two books: The Road to Chess Improvement (winner of the Cramer Award for best instructional chess book and the British Chess Federation’s Book of the Year award) and Chess Explained: The Classical Sicilian.

He broadcasts on the Internet Chess Club website and was instrumental in the development of the website ChessKid.com, which teaches the game to children in a fun, safe, and secure online environment. 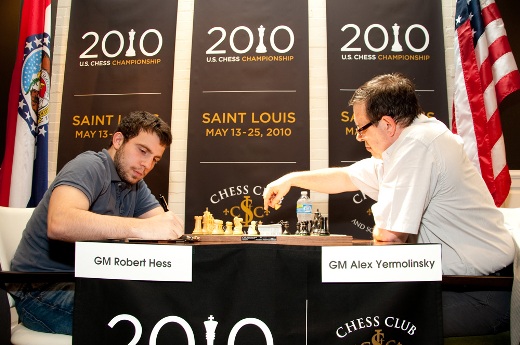 Alex Yermolinsky at the 2010 US Chess Championship in Saint Louis

Alex and his wife, Women’s Grandmaster Camilla Baginskaite, live with their two children in South Dakota, where he works with the South Dakota Chess Association as an instructor, lecturer, and tournament director.

‘Hosting this induction ceremony is a highlight of our year. It is a reminder of the broad-reaching significance of chess, the impact that chess has had on our city, and the importance of the Hall of Fame’s mission to shine a light on the game’s greater meaning,” said Susan Barrett, director of the World Chess Hall of Fame. 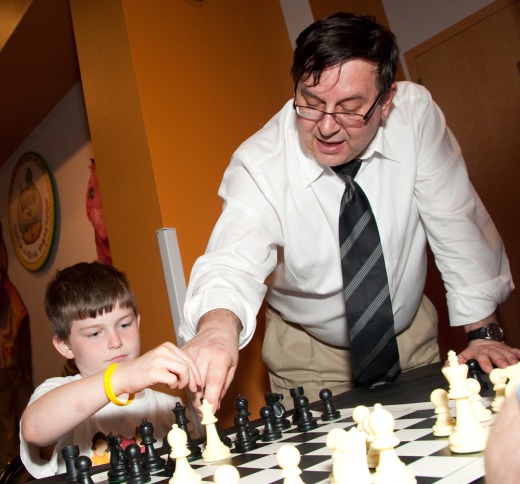