Vitaly Tseshkovsky Memorial was played as a rapid chess tournament on 8th December in Krasnodar, Russia.

The tournament was attended by 16 invitees and 10 players who qualified from the five stages of the Open Cup “Krasnodar Krai Chess Federation Kuban”. The prize fund was provided by A.G. Beshukov and R.M.Zhenetl. 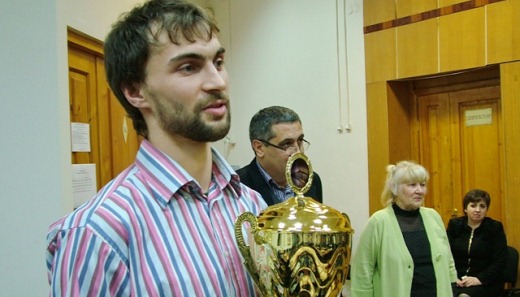 Boris Savchenko made a nice gesture at the closing ceremony as he donated his prize to Vitaly Tseshkovsky’s widow.

Legendary Russian Grandmaster Vitaly Tseshkovsky passed away on 24th December 2011 in Krasnodar while competing in the Final of Krasnodar Krai Rapid Cup.