The English GM Daniel Gormally got the clear first place after obtaining 6.5/9 points. Two players followed him half a point behind, Russian GM Alexander Cherniaev and English IM Craig Hanley.

The Masters was a 9 round Swiss strictly open only to players rated 2050 or above (or graded over 180 in England). The time control was of 40 moves in 90 minutes, then 30 minutes to complete the game, plus 30 second increments from move 1.

The parallel Challengers Tournament was won by Adam Taylor. 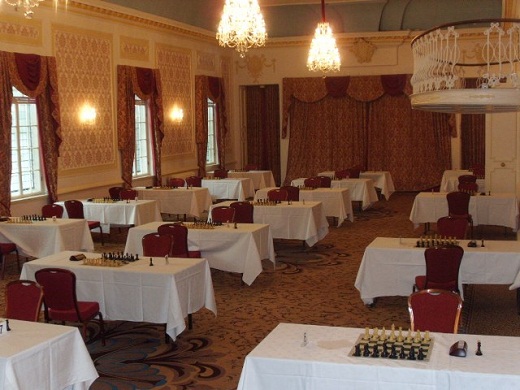 The playing hall at the Puma Brighton Old Ship Hotel