The 2nd International Chess Tournament Isthmia 2012 was held from 18th to 25th August at the beautiful Alkyon Resort Hotel in Vrachati Korinthias, Greece.

In the thrilling finale Moldavian GM Dmitry Svetushkin defeated the earlier leader IM Shyam Sundar from India to finish with 7/9 points and claim the winner’s trophy on superior tie-break.

The key game for Svetushkin was probably the 8th round encounter when he managed to escape from the grim position against the Dutch talent GM Robin Van Kampen. 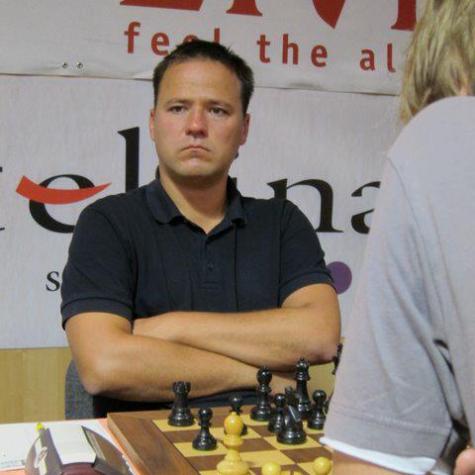 Canadian IM Eric Hansen continued the string of excellent results after recently sharing the 5th place in the World Junior Championship in Athens. Possibly encouraged with the presence of his trainer IM Miodrag Perunovic, Eric performed splendidly, beating the strong GM Ioannis Nikolaidis in the last round with black pieces, to finish equal first (2nd on tie-break) and claim his first GM norm. 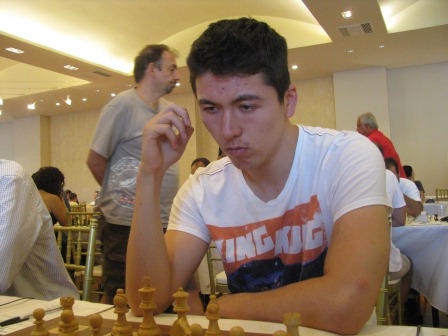 IM Shyam Sundar was in fantastic shape throughout the tournament, entering the final round a full point ahead of the rest of the field, but the late defeat against Svetushkin pushed him to 3rd place on tie-break (equal first with 7/9). 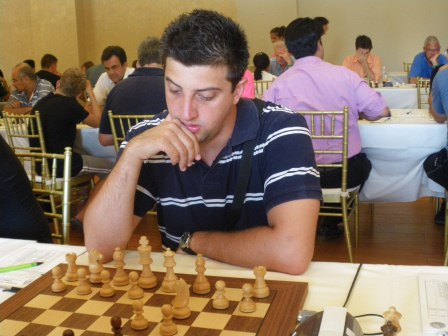 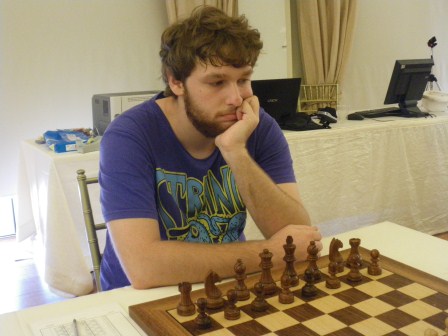 The B Group, reserved only for players rated under 1900, had 67 participants from France, Chile, China and Greece. Petros Rahmanidis (GRE 1710) is the convincing winner with 8.5/9, leaving the nearest follower point and a half behind. Five blind players also competed in this section.

The Blitz tournament with 56 players was held on 20-21st August. GM-elect Sahaj Grover took a clear with place with 7.5 points, leaving GM Sethuraman SP and GM Alexandr Fier half a point behind. 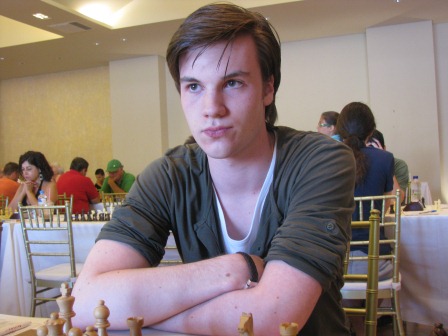 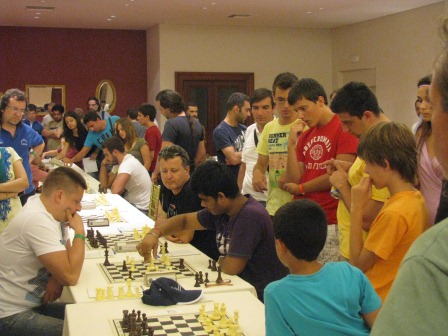