Saint Louis (August 16, 2012) — Grandmaster Ben Finegold has resigned his position as the Resident Grandmaster at the Chess Club and Scholastic Center of Saint Louis (CCSCSL).

Citing personal reasons for his departure, Finegold and the Chess Club are parting on good terms, and the club hopes he will continue to support American Chess at all levels, from developing strong scholastic players to coaching players at the top tier.

GM Finegold was hired to be the Resident Grandmaster at the CCSCSL in January 2010, and he was integral in helping shape the growing scholastic chess movement in Saint Louis and in helping organize numerous world-class events. 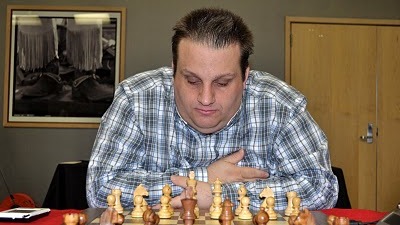 Tony Rich, executive director of the CCSCSL, thanked GM Finegold for his service to the Chess Club.

“Ben was a valuable addition to our staff, and we are thankful for his expertise and input throughout his tenure here,” Rich said.