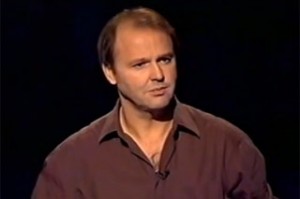 GM James Plaskett is the sole winner of the traditional Spanish tournament Roquetas del Mar 2013. Plaskett finished with 7,5/9 after seven wins, one draw, and one loss. The only player to defeat the winner is IM Jose Carlos Ibarra Jerez, who finished at second position with 7,0/9. With the same points, but worse tiebreak are IM Arghyadip Das, GM Salvador del Rio, GM Julio Granda Zuniga, and GM Marc Narciso Dublan.

Scroll down for the full standings and see the Roquetas del Mar full report in the Spanish version of Chessdom.

Harold James Plaskett was born Dkeliah, Cyprus, 18 March 1960. He was British Chess Champion in 1990, awarded the International Grandmaster title in 1985.

Generally known in the chess world as ‘Jim’, James Plaskett has written nine chess books and also one quasi-autobiographical one, Coincidences. For some years in the 1990s he was chess columnist at The New Statesman.
Plaskett appeared in Who Wants to Be a Millionaire on 21 January 2006, becoming the seventh person to reach £125,000 without using any of his lifelines en route to winning £250,000. He was accompanied by friend and fellow Grandmaster Stuart Conquest.

Here is the video of the participation of Plaskett at Who Wants to Be a Millionaire in 2006.