After a gap of four years, Indian Premier Chess Championship has returned to the round robin format and the 51st edition being held at Jalgoan has 14 strong players, with an average of 2492, a category 10 event.

The championship, organised by Jalgoan Sports Academy and sponsored by Bhavarlal and Kantabai Multipurpose Foundation is held at Jain Hills, a serene and salubrious hill top, with ample facilities. The hills are owned by Mr. Ashok Jain, Vice Chairman of the Jain Irrigations, President of the Maharashtra State Chess Association and a promoter of all games and chess in particular.

Parimarjan Negi of Petroleum Sports Promotion Board, the second youngest GM ever in the world and winner of the Politiken Cup is the highest seeded player in the tournament, followed by K Sasikiran, also of PSPB, an Arjuna Award winner. Arjuna award is the best recognition to sports persons, bestowed by government of India. 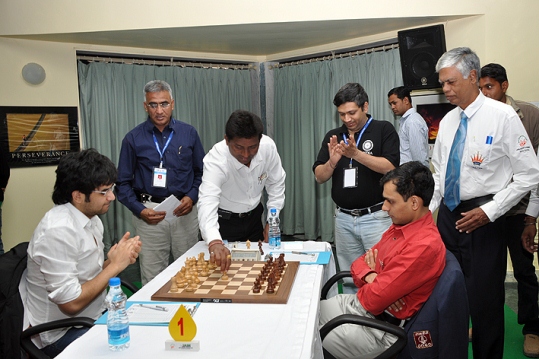 Other grandmasters in the fray are former under 16 world champion B. Adhiban, 2012 Commonwealth champion MR Lalith Babu, both from PSPB, former Asian Junior champion Deepan Chakravarthy of Tamil Nadu and Vishnu Prasanna, another Tamil Nadu youngster.

2012 champion IM G. Akash is the lowest seeded player, revealing the strength of the tournament.

Four games ended decisively on the first day, Sasikiran, Lalith Babu, Deepan and IM Akshat Kamparia of Railways posting wins and Negi had to settle for a draw against GM in waiting Ashwin Jayaram of Tamil Nadu.

Of the four players only Lalith Babu could win his second round game against IM Rathnakaran K of Railways to emerge sole leader. The crucial game between the top two seeds Negi and Sasikiran fizzled out to a draw. 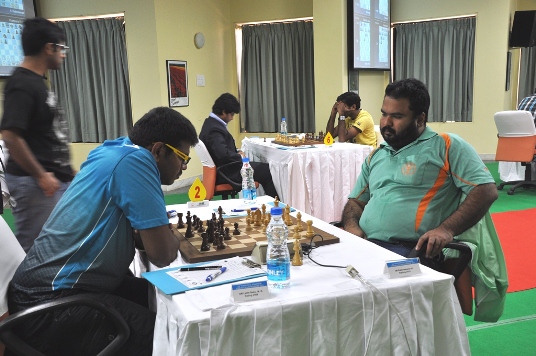 Lalith Babu defeated IM K Rathnakaran in the second round 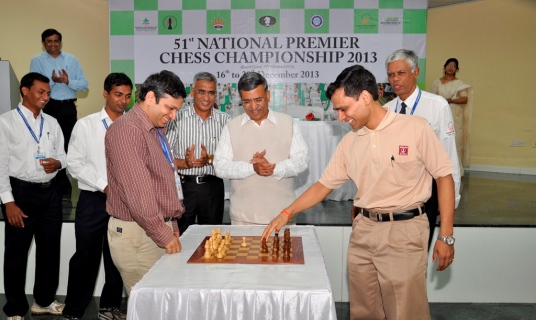