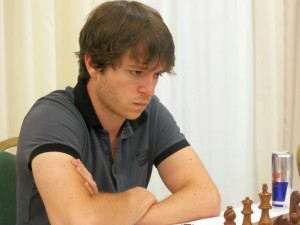 Maxim Rodshtein from Israel conquered the Rilton Cup 2015-2016 with a near perfect 8 points out of 9 rounds. In the final round, Rodsthtein used the black pieces to defeat GM Hans Tikkanen and won out half a point ahead of the first seed Jon Ludvig Hammer, fulfilling his challenge to the Norwegian from a few months earlier.

Erik Bloomkvist from Sweden secured third place with the best tiebreakers in those with 7 points, a full point behind the two challengers.