Amanov, the highest rated player in the tournament finished on 7 points, ahead of former Barbados National Champion, International Master Kevin Denny, and Fide Master Ryan Harper of Trinidad and Tobago who both ended on 5.5 points.

Amanov entered the last round only needing to draw to secure victory, which he quickly secured entering a very even endgame position. 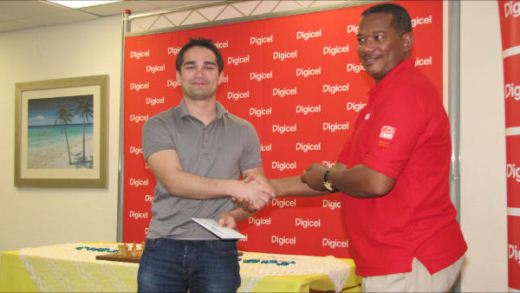 Amanov’s road to the title wasn’t all smooth running as the Caribbean masters fought valiantly holding him to several draws. He also suffered a defeat at the hands of Kevin Denny and narrowly escaped with a draw when Jamaica’s Fide Master Shane ‘the magician’ Matthews miss played a winning end game.

In the candidates section, Jamaica’s Andrew Mellace ended on 7.5 points, ahead of Trinidad’s Kevin Cupid, and Barbados’ junior players Candidate Master Orlando Husbands and Bryan Prescod all on 7 points.

Trailing in 5th place was the veteran from St. Philip Othniel Harewood, who ended on 6.5 points.

Mellace entered the final round with an unassailable lead, but was also hoping to maintain his unbeaten record when he lost to a determined Bryan Prescod. However, with only one loss and a draw in 9 nine rounds, the Jamaican National Champion would be proud of his outstanding performance. 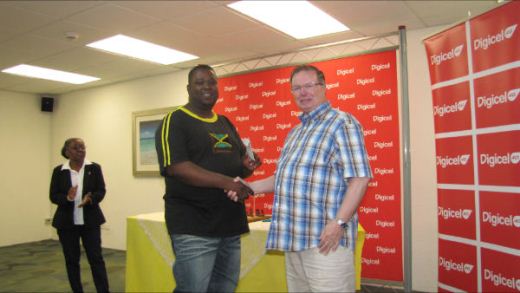 NM Andrew Mellace with David Jarrett as the General Secretary of the Barbados Chess Federation, Ms Hetty Wilson looks on

Other prize winners were Corinne Howard, the most outstanding female; Guyana’s Anthony Drayton and Christopher Boyce of Barbados who tied for the under 1600/unrated prize.

The Heroes Day Chess festival is held annually at this time of the year in honour of the 10 National Heroes of Barbados.

The Barbados Chess Federation wishes to express its appreciation to our major sponsor Digicel and our other corporate sponsors Neal & Massy and Royal Bank of Canada who all contributed to making this year Heroes Day Festival a memorable one. 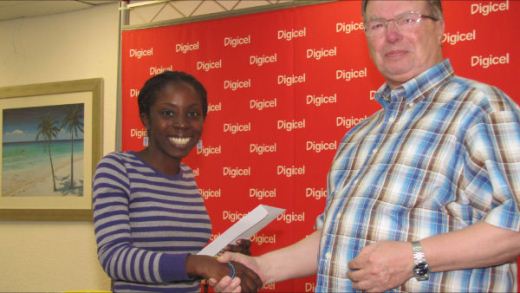