Before placing the order, the General Secretary of the FEPARAJ, Julio Ingolotti, negotiated the change with the FECODAZ leaders. He highlighted the excellent disposition of the Colombian brothers, who quickly cleared the way for the transfer.

All the requested documentation for these cases was sent to FIDE, and the switch may come any time, but obviously, FIDE must perform the bureaucratic steps of the case first: verification of the documentation submitted, consultation to the FEDACOZ, etc. 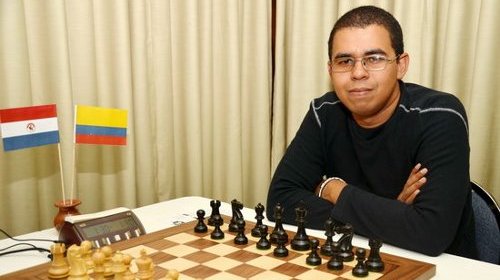 If the transfer of Delgado Ramirez to the Paraguayan Chess Federation is finally settled, which we understand is a matter of time, four Grand Masters will defend the Paraguayan flag from 2013. He would join Axel Bachmann, José Fernando Cubas and Zenón Franco.

During his time residing in Paraguay, GM Neuris Delgado has done an excellent job with various promising chess players, who without exception praised his knowledge and teaching.