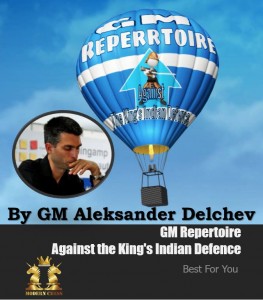 Special offer #3 of Chessdom’s holiday season promotions comes with a brand new product. GM Delchev shares the best of his knowledge on Catalan and King’s Indian in the form of pgn databases and analysis. These unique products are available as a package deal with 15% discount

Get your special offer #3 with 15% discount here

The databases are also available as separate products here and here

If you have missed the previous holiday season promotions check them out here:

About the Catalan database repertoire

What to play against the Catalan? During the last years, this question is getting more and more recurring.A lot of grandmasters have even stopped playing 1…d5 in response to 1.d4 because of the raising popularity of the Catalan.In this line of thoughts, it is not a surprise that nowadays almost every top player has the Catalan is his opening repertoire.

The remarkable theoretician GM Aleksander Delchev shares with you his own weapon against the Catalan in an unique database which contains 8 huge analysis and 41 model games analysed in detail. He recommends the following line: 1.d4 d5 2.c4 e6 3.Nf3 Nf6 4.g3 dc4 5.Bg2 Bb4! Among the the players who play this system with Black, we can mention the names of theoreticians like Michael Adams,Aleksandr Moiseenko and Boris Grachev.Given the fact that GM Delchev provides you with plenty of novelties which can be tested even at top level, we believe that this extraordinary educational tool practically closes this dangerous opening.

About the King’s Indian database repertoire

Every 1.d4 chess player must find a reliable weapon against the Kings Indian Defence. Even though we live in a modern time where chess is dominated by computer programs, this opening gains popularity. The arising positions are extremely complex and double-edged. That is the reason why this is the favorite opening of creative players like Kasparov, Radjabov and Nakamura. Their games are rich of brilliant attacks against the White king.

Of course, chess knows great anti-Kings Indian players, too. When looking back at the past, we can mention the names of players like Petrosian and Korchnoi, while nowadays Tomashevsky and Kramnik are the first players that come to our mind.

The repertoire that GM Alexander Delchev suggests is based on one of the ideas of Vladimir Kramnik. In his game against Nakamura, played in London in 2014, he played an extremely interesting novelty that made him change his mind about the Petrosian variation. Of course, within the framework of his course, he covers the most often played deviations in order to construct a complete repertoire for White. 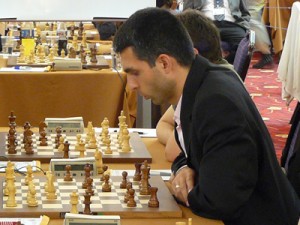 Apart from his career as a chess player, GM Aleksander Delchev is also known as a very successful chess trainer and author. Other books that he has written include “The Safest Sicilian” co-authored with IM Semko Semkov, “The Safest Grunfeld” co-authored with GM Evgenij Agrest, and “The Modern Reti”.