Mr Fontaine, the six-times under-20 youth champion for France, becomes a principal aide as Mr Paulson implements his strategy to organise and commercialise the ongoing World Chess Championship cycles, starting with the opening Grand Prix for the 2012/2013 cycle at Simpson’s-in-the-Strand in London in September.

Mr Fontaine has won a number of international tournaments over his playing career, including Las Vegas in 2006, Stockholm in 2007 and Paleohora in 2009. He became a Grandmaster in 2002 and a member of the Olympiad chess team in 2004.

He is also known as a presenter for Europe-Echecs, where he interviewed champion players and politicians for video reportage on the world’s leading chess events. 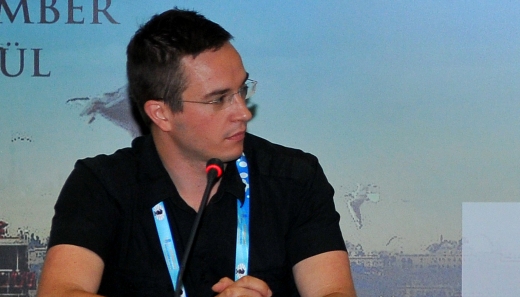 Mr Fontaine said: “I heard about Andrew’s plans to restore chess to its rightful place as a leading global entertainment form, and was extremely interested to see how I could bring my experience to help him realise his ambitions. What Andrew is proposing can only benefit the international chess community through raising the profile of the game and opening up chess to a new generation of players.”

Mr Paulson, the chief executive of Agon, said: “Robert is incredibly well-connected in the chess world, and his experience of interviewing top-ranking Grandmasters and his deep understanding of the complexities of the game will be invaluable as we build up to the start of the next iteration of the world’s most compelling sport.”

On semi-retiring from competitive chess in 2005, Mr Fontaine became a professional chess coach as managing director of the chess club Cannes-Echecs, where he managed a team of ten teaching chess in schools to 4,500 children.

He also introduced chess to the employees of French electricity and gas companies by working with CCAS, the energy industry social fund, to help co-ordinate a scheme that has taught chess to 45,000 people since 2007.