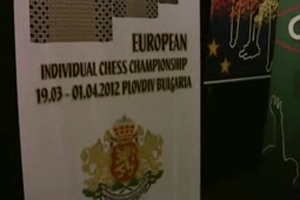 GM Sergei Azarov jumped into sole first position at the European Individual Chess Championship after he defeated the 2700 club member GM Naiditsch in round 7, scoring the only win on the top boards. GM Azarov prevailed in a Berlin defense, where after a few inaccurate moves by black in the middlegame, he reached a winning position and closed the game in 73 moves, taking the lead with 6,0/7.

There are 31 players with 5,0/7, just a point from the leader, while more than 150 players are within 1 point shot from the 23rd place which gives right to qualify for the World Cup!