Gareev will showcase his blindfold talents by taking on eight players at a time in four flights, according to a press release from Lone Star College – CyFair.

Admission is $20 for the first family member and $10 for each subsequent family member; and $15 for Lone Star students. All proceeds will be donated to a charity. 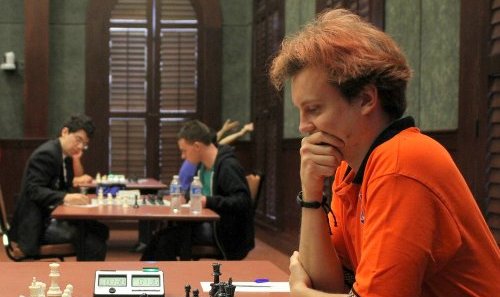 Gareev, one of the highest rated chess grandmasters in the United States, tied for third place in the 2013 U.S. Chess Championship in St. Louis.

Gareev already played blindfold exhibitions, like the one prior to the U.S. Chess Championship in St. Louis.

He also has a habit of playing for charity, as he supported the Faraday Elementary kids team from Chicago.