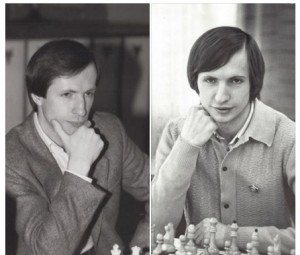 The 1985 USSR chess champion GM Viktor Gavrikov has passed away this April 27th in a hospital in Burgas at the age of 59.

GM Viktor Gavrikov is a Lithuanian-Swiss chess Grandmaster born 29 July 1957 in Criuleni. He is the winner of the 52nd Soviet Chess Championship (with Mikhail Gurevich and Alexander Chernin) at Riga 1985, and finished 2nd (joint) in the 1986 event that was won by Vitaly Tseshkovsky.

After the collapse of USSR, Viktor Gavrikov moved to Switzerland, where he won Biel 1994 as well as the Swiss Chess Championship at Arosa 1996. In the year 2000 he was joint winner of the Lithuanian championship.

In 2010 he moved to Bulgaria where he was coaching a range of local Grandmasters. Since 2015 he was part of the Modern Chess Magazine team, where he wrote brilliant articles including How To Play Against Isolated Queen’s Pawn – Lessons From Russian Chess School, Sicilian pawn structures, and many others.

GM Grigor Grigorov, the director of Modern Chess, was a close friend of GM Gavrikov. He shares the sad news on Facebook,

“It is with deep sorrow that I must inform you that today (27.04), after being in a coma for more than a week, passed away GM Viktor Gavrikov.
He was my trainer in the period 2004 – 2012. Even after that, however, he continued to help me. In 2010, together with his wife, he moved to Bulgaria. They were living in Petrich for 2 years ( 2010 – 2012) before moving to Burgas where he stayed until his very last day. Sometimes in our life, we meet people who remain in our heart for ever. For me, Viktor was such a person. That’s why it’s so hard to say goodbye to such a dear friend. RIP maestro !”