The big game of round 8 at the Thailand Open 2013 – 13th Bangkok Chess Club Open – was of course the top board encounter between “local” Gerhard Schebler and a former BCC Open champion in Sune Berg Hansen with a winner being in pole position in tomorrow’s final round to become this year’s champion.

Schebler with the white pieces was without ambition against the more fancied Hansen and in mid session the players called it a draw which game each 6.5/8.

Attention then switched solely to board two where after a mid tournament crisis, defending champion Nigel Short found himself playing the other leader Zhao Zong-Yuan on live game broadcast knowing that only a win would do.

But it was Zhao who took the whole point and the lead with 7/8.

In the chasing pack on 5.5/7, another early favourite and also a former BCC Open champion, Jan Gustafsson who had already made several short draws, was up against Adam Horvath on third board and won comfortably.

On board four Wang Chen was successful in forcing a draw once again against a top GM, this time with Koneru Humpy.

It was an all China encounter on board five with Wang Yunguo prevailing against Lu Shangei while on board six, Susanto Megaranto played a short draw with Saptarshi Roy, and on board seven, the last of the title hopefuls was an all Filipino encounter between Darwin Laylo and Rogelio Antonio which ended in a draw.

These results means Zhao is the sole leader, with Gustafsson, Hansen and Schebler in second to fourth places half a points behind on 6.5/8, while Vajda, Humpy, Barbosa, Megaranto, Wang and Saptarshi join a group a further half point behind on 6/8. 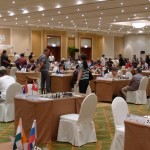 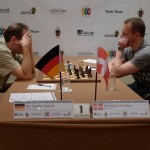 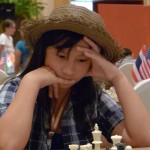 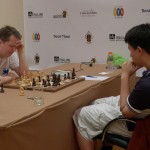 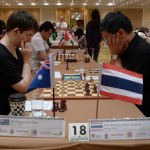 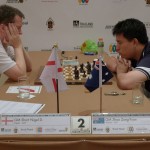 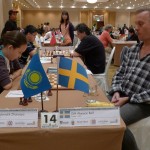 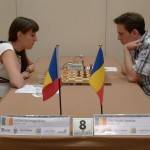