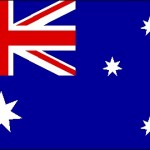 The Gold Coast Open has over the years, established itself as Queensland’s most prestigious chess tournament. First run back in 1993, the event enters its 26th year after an amazing first quarter of a century.

This years’ event has been rebranded and tweaked to have a Premier, Major and Minor division – ensuring an event for everyone! The Premier Division has created a huge buzz of interest with the tournament becoming one of the strongest events in Australia this year with 5 Grandmasters and 10 International Masters already confirmed. Gardiner Chess supported by the Chess Association of Queensland has worked very hard to provide a unique opportunity for players Norms of all types. Since David Smerdons’ GM Norm back at the 2006 Australian Open, the only event to provide this type of opportunity (in Queensland) was the 2017 Australian Open, organised by Gardiner Chess co-owner Andrew Fitzpatrick.

“The Australian Open in 2017 provided a rare opportunity for players to achieve Norms in Queensland. In that event, a WGM Norm was awarded to Tatiana Kasparova, and IM Norm to Yi Liu, and a GM Norm to Timur Kuybokarov.

This year we want to take the Gold Coast Open to another level and create opportunities to achieve various Norms within Queensland. Norms will be available not only to players but also arbiters and organisers, making this year’s event important for the continued development of chess in Queensland.”

“Early organisers of the first Gold Coast Open which was held in the library at Somerset College included Jeff and Elizabeth Carmichael, as well as Bruce Harris and David Esmonde.

Grandmaster Ian Rogers, who in the early years of the event was Australia’s number one player, has dominated the event over the years, winning it on no less than 8 occasions, including 1994-96 and 2002-06. He has either played in, or attended almost every Gold Coast Open since 1993, and on each of these occasions he has spent additional time coaching local Gold Coast juniors. He has also been instrumental in attracting world class Grandmasters to the tournament on multiple occasions.

With 8 wins to his name, and regular visits for commentary, GM Ian Rogers has become synonymous with the event and had this to say about the event:

“While a full-time chess professional travelling the world, the Gold Coast Open was the only Australian weekender in which I managed to take part year after year, for more than a decade consecutively.

Though I was only irregularly satisfied with my performances at the Gold Coast Open, this was more than compensated by the friendly atmosphere at the tournament, great weather, and the hospitality of Wendy and Graeme Gardiner, as well as the chance to watch some of Australia’s promising juniors develop year on year.

Since I have retired, it has been great to watch the Gold Coast Open becoming stronger and stronger, with this year’s move up to becoming a fully-fledged international open a logical next step.

The other two divisions in this year’s event are the Major (Under 1800 ACF) and the Minor (Under 1200 ACF) The FIDE rated Major has already had an influx of juniors including Jayden Ooi, Allan Li, Jonathan Lo and Eason Wang who will try their luck against many higher rated opponents. Whilst the Minor division is recommended for juniors and adults under 1200, many juniors with a QJ rating above 1000 opt to play in the higher division to gain experience.

All players, especially juniors are encouraged to sit in on GM Ian Rogers’ commentary between their games to learn as much as they can from Australia’s most successful chess player of all time. This is a rare opportunity for Queenslanders but is one that should be utilized by all eager juniors looking to improve their chess.