Dmitry Gordievsky (Moscow) and Oksana Gritsayeva (Feodosia) became the winners of the XIII International RSSU Cup, 2017 Moscow Open, which was held in Moscow from January 26 to February 6, 2017.

Gordievsky shared the first place with Vladislav Artemiev (Kazan), as both grandmasters scored 7.5 points. Higher tie-breaks were better for the chess player from Moscow, which allowed him to take the gold medal. 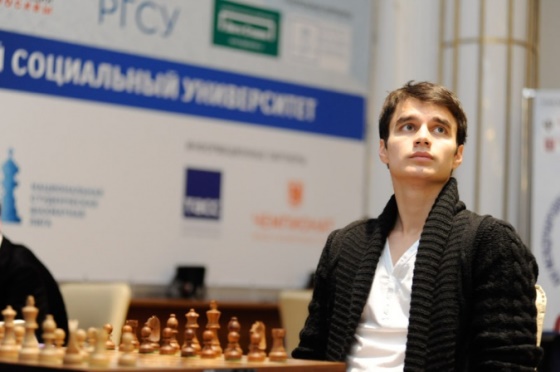 The 2017 Moscow Open Men’s Cup Of Russia gathered 221 chess players from 16 countries, who were competing for the victory.

In the Women’s Cup of Russia Grandmaster Oksana Gritsayeva triumphed with an impressive score – 8.5 points out of 9 games! Second place went to Alina Kashlinskaya (Moscow), who was the only one to draw with Gritsayeva. Dina Belenkaya (St. Petersburg) came third with 7 points. 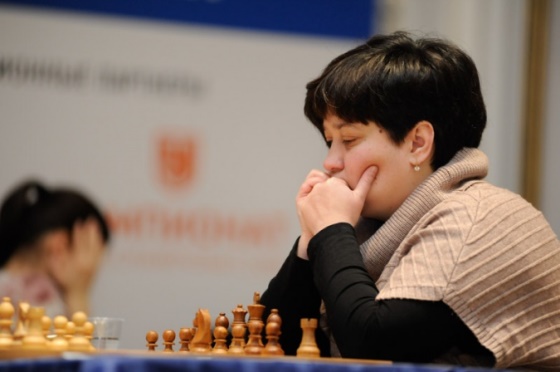 This year the RSSU Men’s Veteran Cup gathered more than 170 participants. According to the final results the Grandmaster Evgeny Sveshnikov (Chelyabinsk) and the International Master Alexander Filipenko (Izhevsk) scored 7.5 points, but Sveshnikov won a gold medal thanks to better tie-breaks.

Galina Strutinskaia (Moscow) triumphed at the RSSU Women‟s Veteran Cup with 8.5/9. Elena Sazonova (Tyumen) came second with 6.5 point, while Ludmila Saunina (Sverdlov region), Elena Fatalitbekova and Elena Krasenkova (both from Moscow) tied for the third place with 6 points. Thanks to the tie-breaks Saunina became the bronze medalist. 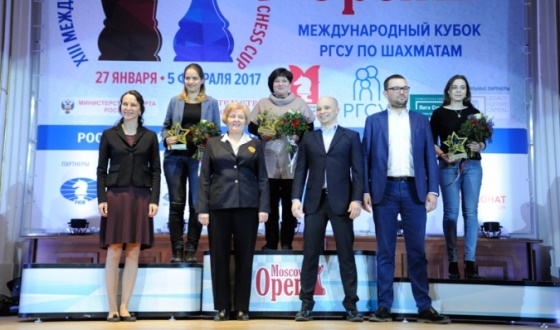 World Chess Champion Challenger, RSSU graduator Sergey Karyakin took part in the Award Ceremony of the winners and medalists of the School Champions’ and Student tournaments, held within the frames of the XIII International RSSU Chess Cup, 2017 Moscow Open.

In conclusion Natalya Borisovna once again thanked everybody for the participation in the festival and announced the XIII RSSU Cup, 2017 Moscow Open closed.