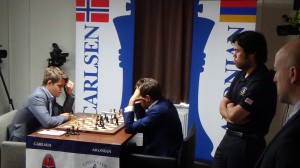 The Grand Chess Tour has announced its schedule and dates for the 2016 circuit. The announcement came at the conclusion of the Sinquefield Cup, the second stop on the inaugural year of the tour.

The 2016 schedule will feature the same three tournaments as this year’s tour with Norway Chess, Sinquefield Cup and London Chess Classic. The Grand Chess Tour has quickly established itself as the premier chess circuit in the world, featuring 10 of the top players in the world.

The field for 2016 will be announced towards the end of the calendar year. Invites will be extended to the three top finishers in the 2015 Grand Chess Tour, the six highest average rated players in 2015, and a wild card chosen by each tournament which rounds out the field to ten. The 2016 Tour will once again follow the same order with ​Norway Chess ​in April, followed by the Sinquefield Cup​ in August/September, and finishing with the ​London Chess Classic​ in November/December.

The same prize fund will be offered in 2016 with each of the three 2016 Grand Chess Tour events awarding individual prize funds of $300,000, with competitors also tallying points toward a tour prize fund of $150,000; the overall tour champion will receive an additional $75,000. The total prize fund for the circuit is $1,050,000.

The Grand Chess Tour is an affiliation between the Chess Club and Scholastic Center of Saint Louis (Sinquefield Cup), Tower AS (Norway Chess) and Chess Promotions Ltd. (London Chess Classic), combining the organizational efforts of three elite events into one unified competitive structure. The partnership aims to raise worldwide awareness for each prestigious tournament, as well as for the tour. Participating tournaments are identified as the gold standard for international event organization, setting the model for player conditions, prize funds and spectator experience. Each of the events will cater to live audiences, as well as offer streaming broadcasts complete with Grandmaster commentary. 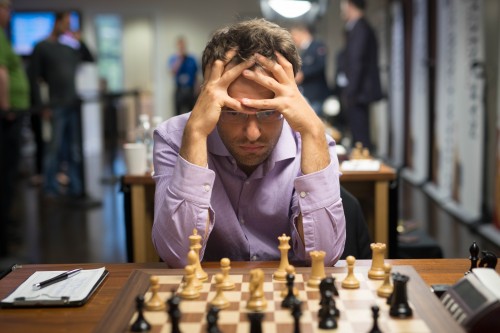 Levon Aronian, winner of the most recent event of the Grand Chess Tour