Reizniece-Ozola, 36, is expected to be one of several candidates for the key European post that is being vacated by Dutchman Jeroen Dijsselbloem.

Portuguese Finance Minister Mario Centeno is seen as a leading contender. Slovakia’s Peter Kazimir is also mulling an application, according to sources in Bratislava. 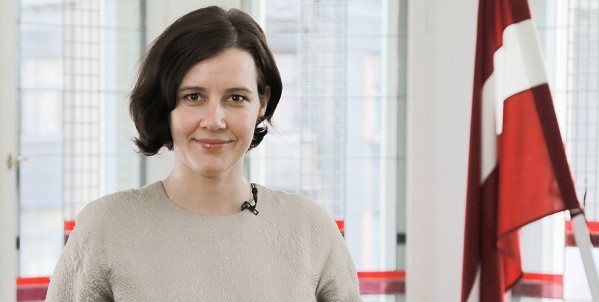 Reizniece-Ozola is four-times Latvian chess champion and has represented the country in eight Chess Olympiad. In the most recent Olympiad in Baku she defeated the highest rated woman in the world Hou Yifan of China.

The Eurogroup is the recognised collective term for informal meetings of the finance ministers of the eurozone—those member states of the European Union (EU) which have adopted the euro as their official currency.

The group has 19 members. It exercises political control over the currency and related aspects of the EU’s monetary union such as the Stability and Growth Pact.