Both players scored 5,5/9 and left four players half a point behind to take the shared victory in the event. Greenfeld only drew once and achieved his score by winning three straight games at the beginning of the tournament and two games at the end. On the other hand, Burg managed to get his +2 score after only losing one game and getting three wins.

No player was able to get a GM norm, given that the score needed to do so was 6/9. 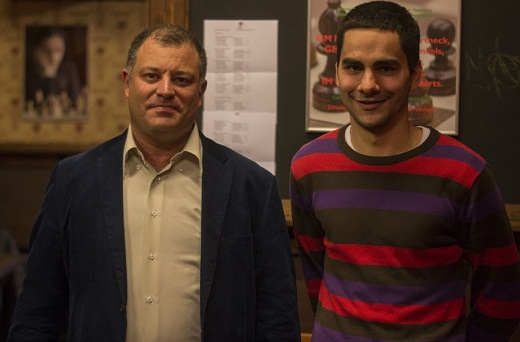 The winners - Greenfeld and Burg