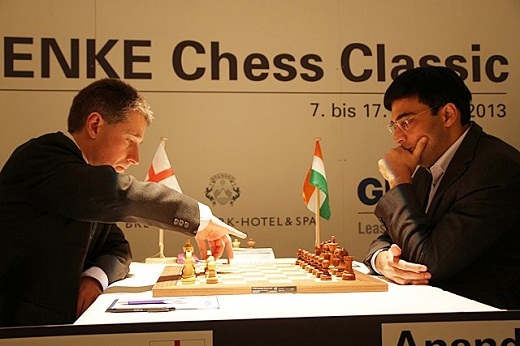 Adams about to play his usual 1.e4

Fabiano Caruana was the only player to get a full point in the first round of the new German super-tournament Grenke Baden-Baden 2013 as he defeated GM Georg Meier on 36 moves.

The stellar game of the first round was the clash between the reigning World Champion Vishy Anand and England’s Nr.1 Mickey Adams, where the players split the point after solid play on both sides.

In the third game, Daniel Fridman effectively held Arkadij Naiditsch to a draw.

The round kicked-off with three openings from different “nationalities”: a 4.d3 Spanish played by Adams against Anand, a solid Russian Defense used by Fridman against Naiditsch, and a rather tame French put forth by Meier against Caruana.

The battles looked pretty balanced out of the opening, but the players’ home preparations started to dry up and the middlegame struggle began.

The Ruy Lopez played by Micky and Vishy finished in a 43 moves draw. The Englishman had the initiative for a while, but the World Champion defended precisely with some nice active moves. The 2v2 rook endgame was never far from equality and the peace treaty didn’t take long to arrive. 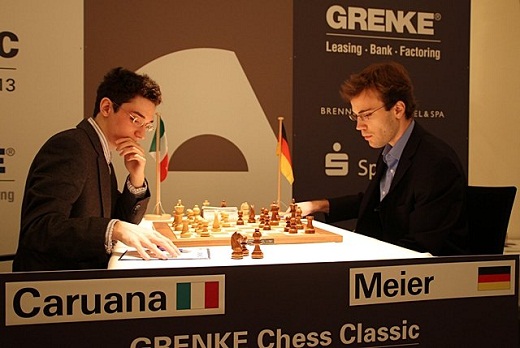 On the third board, Italian superstar Fabiano Caruana already had a big advantage on move 23. Despite being a pawn down, the fact that Meier’s king never left the center and his bishop was totally out of play on a7, gave Fabiano a winning advantage. White’s pieces simply dominated the board and the German’s only option was to resign.

The all-German match-up between the winner of Tata Steel‘s B Group Arkadij Naiditsch and Daniel Fridman ended in a draw. The game never left the realm of approximate equality and the Grandmasters signed the score sheet on move 48, in a rook and bishop endgame without much fight left in it. 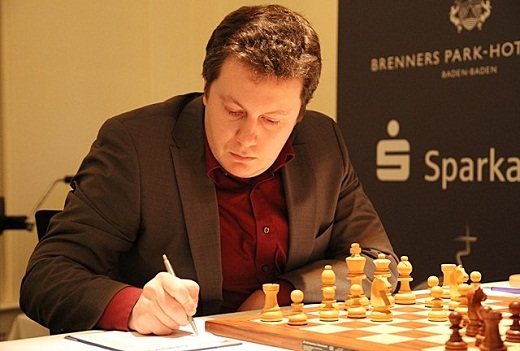