A very exciting fifth round of the FIDE Grand Prix in Beijing finished with a player in clear second place, half a point behind the leader – Alexander Grischuk defeated Shakhriyar Mamedyarov to close on his compatriot Sergey Karjakin in the standings. With six more rounds to go everything is still up for grabs in China.

The other decisive results of the day were Ivanchuk’s first victory in the event over Wang Yue and Giri’s win with black over Kamsky. The young Dutch player is now in shared third place with 3/5. Tomorrow’s highlight is the game that faces the leader Karjakin against the very dynamic Mamedyarov, given that the result of this match up might be crucial in the overall result of the event.

Alexander Grischuk decided to open with what seemed to be a very timid approach to get an advantage with white in his game against Shakhriyar Mamedyarov. The players kept their healthy pawn structures in an English opening, waiting for the opponent to go astray. A maneuvering battle began in a rather closed position where both players were trying to avoid getting in trouble unnecessarily.

Suddenly, the Russian decided to give up an exchange – this decision was accepted as good by the computer. In a very calm and positional style, Grischuk started to exploit his rival’s weaknesses on the queenside. Mamedyarov was holding things together until he went astray on move 48. White’s pieces started to penetrate the opposite camp and Grischuk demonstrated the correct path to convert his edge into a win. Truly, a very instructive game from start to finish. 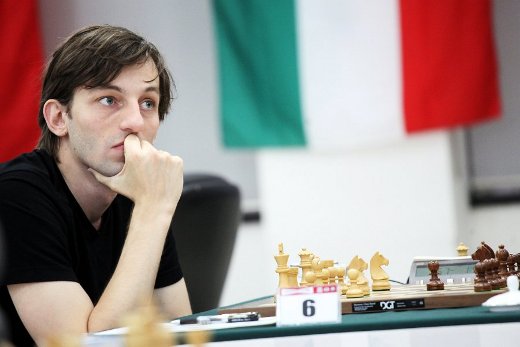 Vassily Ivanchuk has been having trouble showing his real strength in the past few months. His win today proved, yet again, that he belongs in the elite. He defeated Wang Yue in a very creative and unique game. The Ukrainian played actively and was not afraid to leave his king slightly unprotected, aware that his opponent’s attack would not succeed in the long run.

A Sicilian came about on the board. Ivanchuk did not choose the very main lines and took the game to unexplored territory. Wang Yue started to put pressure in the center, and the real action began on move 19. Ivanchuk decided to harass black’s bishop despite the fact that this would give his opponent a chance to get a dangerous direct attack. White defended resourcefully with his king in the center and finally converted his material advantage in 42 moves. 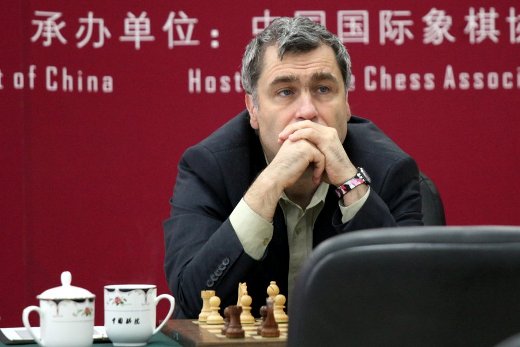 Gata Kamsky played with white against Anish Giri. The American set up a very solid pawn structure at first, but could not avoid the temptation to go for activity in the middlegame. By doing so, he gave up two pawns with the hope that his passed c-pawn would be enough compensation.

Giri started to go in counter-attacking mode. He calmly looked for ways to exchange the biggest possible amount of pieces while gaining space gradually. When the players passed the time control, the young Dutch grandmaster finished the deal with a tactical shot. This was Kamsky’s third loss in the event, which leaves him in the cellar of the standings with 1/5 points. 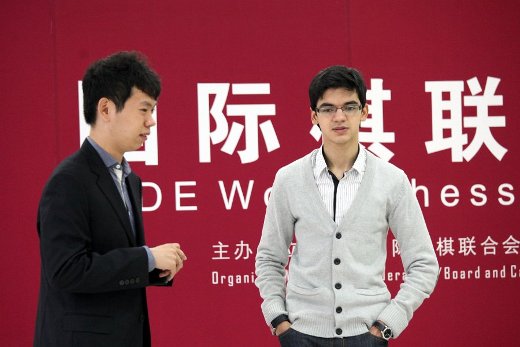 Boris Gelfand drew his game against Sergey Karjakin in very classical fashion. The players closed the position and signed the peace treaty in a totally equal rook endgame. The rest of the games also finished with split points in this round. This was fifth straight draw for Peter Leko, who is showing his usual solid reliable style. 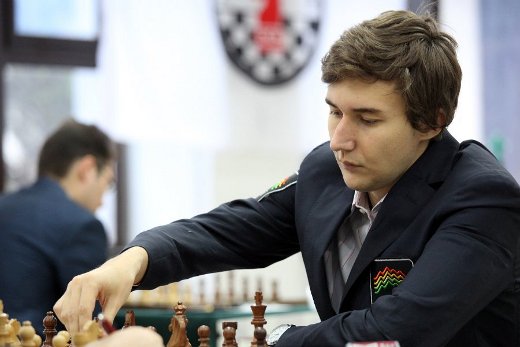