Ali Nihat Yazici, who was the TCF’s president for twelve years, decided not to be a candidate in this assembly. There were 2 candidates who were struggling for the presidency, Gulkiz Tulay and Cengiz Keles.

Gulkiz Tulay, who was also supported by the former president Ali Nihat Yazici, has been elected as the new president of Turkish Chess Federation with 108 votes out of 157. 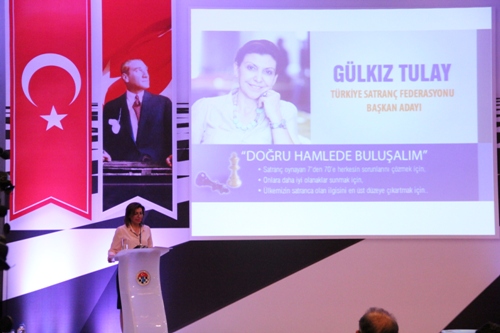 Gülkız Tulay was born in Sivas, Turkey, on February 8th, 1962. She had graduated from Cukurova University with business management major, which was followed by an economics major in Anadolu University.

She has started her business life in Kurt Group Companies as a managing partner, where she had dealed with construction, industry and agriculture. Her career actively continued until 2001 and now the new generation of the family carries on with the businesses with an additional business line that is textile manufacturing&trading.

In 1999, she has founded the very first training chess club of Turkey which is named as Tarsus Zeka Chess Club. Two years later, second club was formed in Mersin as an extension of Zeka Chess Club. Her chess club currently has the largest number of licensed chess players in Turkey.

Starting today, Gülkiz Tulay is the new President of TCF, after being elected at the Ankara general assembly with 108 out of 157 votes. 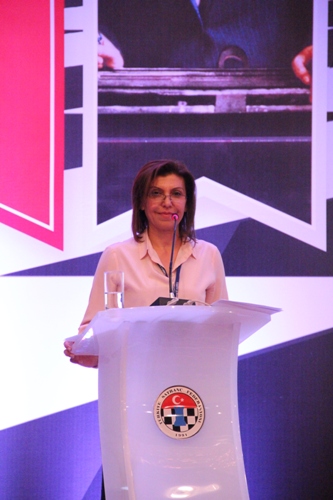 One more women President in chess, with high ambitions for development of young chess talents 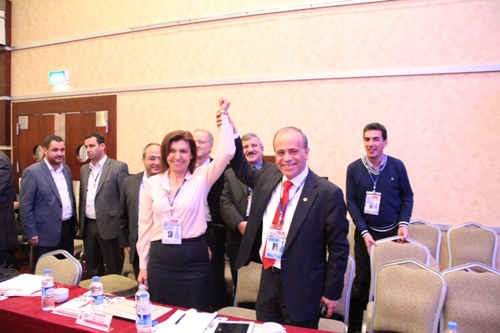 A successful campaign for Gulkiz Tulay and Ali Nihat Yazici