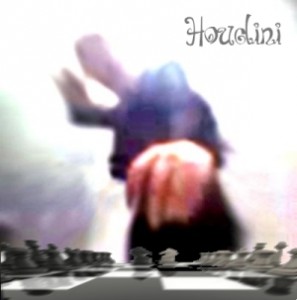 After nine rounds of Stage 2 of the Top Chess Engine Championship, Houdini – by Robert Houdart – is the sole leader. It has collected 6,5/9, after four victories and five draws. It is followed by Komodo with 6,0/9 and Stockfish with 5,5/9.

As expected before the start of the season, the three engines will have a close contest for the two positions that grant qualification to the Superfinal this year. Only one participant is trying to disturb their hegemony. Fire, playing with the updated version 6.2, is currently only half a point behind Stockfish and has relatively easy program in the next rounds – black vs Andscacs, white vs Ginkgo, black vs Chiron, and white vs Booot. While these matches can give Fire a chance to grab a stage medal or even qualification position, they can also bring it down the standings in case of suboptimal performance. Being in top 6 at the end of the stage is of high importance, as this means direct qualification to next season’s Premier Division.

Read about the upcoming new league structure of TCEC

The 6th position will remain in contention until the very end of the stage. Currently Booot has the advantage with 4,0/9, followed by Chiron and Ginkgo with 3,5/9. Andscacs could have had a full point more, had it not made an illegal move in game 20.

Since the start of Season 10, the visitors stats at the official site of TCEC have been breaking all viewership records for a computer chess event. This boom hindered the normal flow of the discussion in the ever active chat. Experts opinions were getting lost, highest hours experienced attacks, and the Chatwing service did not provide the tools to handle the increasing audience. A swift move was made by the server administrator and at the start of Stage 2 the Chatwing system was substituted with Twitch.

The transition was complete without major difficulties, allowing for a much nicer environment. The proof are the over 35 000 messages posted on the official website in just 48 hours.

The Twitch upgrade was welcomed by everyone, as it will also allow video commentary by GMs and experts in the near future.

Halogen with flying start at TCEC S21 L4
The strong finish of the Qualification League has found its logical continuation. League 4 of the Top Chess Engine Championship, with eight engines coming ...

Jonny, Texel, and Laser pull ahead at TCEC Div 2
TCEC Season 11 logo by Santiago Mendez Jonny, Texel and Laser have registered a fantastic start at Division 2 of premier ...

Deus X – the Neural Network by Albert Silver powered by Leela Chess Zero
In December 2017 Google subsidiary DeepMind shocked the chess world when it announced that its neural network AlphaZero had soundly defeated the then-champion Stockfish ...