China’s reigning champion WGM Huang Qian took the winner’s trophy at the Zhonghai Huashan Cup for Women Stars, which was held on 16th-22nd March in the city of Huashan – Huayin, China.

Huang Qian edged Lithuanian GM Viktorija Cmylite on tiebreaks after achieving the same score of 4.5/7. GM Tatiana Kosintseva and World Champion GM Anna Ushenina finished half a point behind the leaders. Kosintseva took the last place in the podium thanks to his slightly better score on tiebreaks.

Eight strong female players participated in the single round robin tournament. The time control was 25 minutes for the whole game with 10 seconds increments per move from move 1. 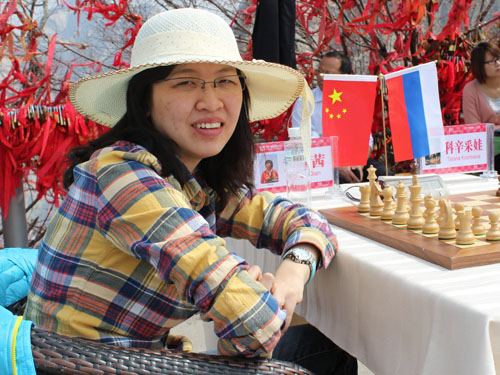