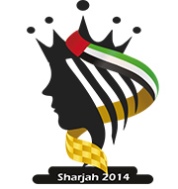 The 6th and final tournament of the FIDE Women’s Grand-Prix 2013-2014 will take place from 24th August to 7th September at the world’s largest chess club in Sharjah (UAE).

Twelve players will compete in the round robin tournament. The event is organized by the Sharjah Cultural and Chess Club, FIDE and Global Chess MFZE. The Women’s Grand-Prix 2013-2014 will give qualification to the Women’s World Championship match 2015.

The previous five tournaments were held in Geneva, Dilijan, Tashkent, Khanty-Mansiysk and Lopota. Humpy Koneru and Yifan Hou both have a chance to win the global standings and they will be facing each other. The Indian player has 375 points in the overall standings, while the Chinese follows closely with 370. A win in the Sharjah Grand Prix awards 160 points, 130 for second place, 110 for third place, and then 90 down to 10 points by steps of 10. In case of a tie, points are shared evenly by the tied players.. As the difference between Humpy Koneru and Yifan Hou is only 5 points, anything different from a shared position can guarantee the title.

Games start today at 13:00 CET (15:00 local time) and can be followed at Chessdom’s live chess section

Opening ceremony and drawing of lots

FIDE President Kirsan Ilyumzhinov expressed his gratitude to the organizers and wished all players to show their best in the tournament. 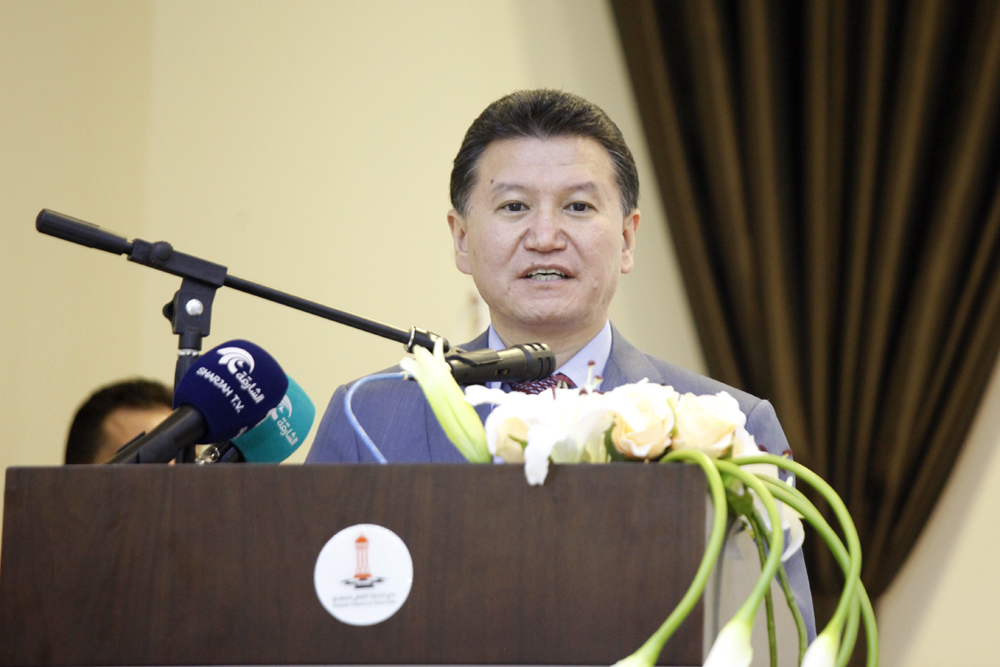 “I am happy to be here in Sharjah in this magnificent Chess Club, the largest in the world chess building, the opening of which in 2013 I was fortunate to attend. I would like to take this occasion to thank one more time His Highness Sheikh Sultan Bin Mohammed Al Quassimi, the ruler of Sharjah, for his decisive contribution into this outstanding architectural and cultural project that resulted in appearance of the top level playing venue together with the Regional FIDE office, which has turned Sharjah into the major chess destinations all over the world.

Now Sharjah deservedly hosts the final leg of the Women’s Grand Prix Series, taking the baton from Georgian Lopota alone with other hosting cities of this significant women’s chess event, including here Khanty-Mansiysk in Russia, Tashkent in Uzbekistan, Dilijan in Armenia and Geneva in Switzerland. Women’s Grand Prix Series give strong impulse to development of women’s chess and let all of us enjoy tough and nonpresumable chess fights.”

AT the end of the speech the FIDE President has promised to announce the hosting city of the Women’s World Chess Championship during the closing ceremony of the Grand Prix in Sharjah on the 6th of September. 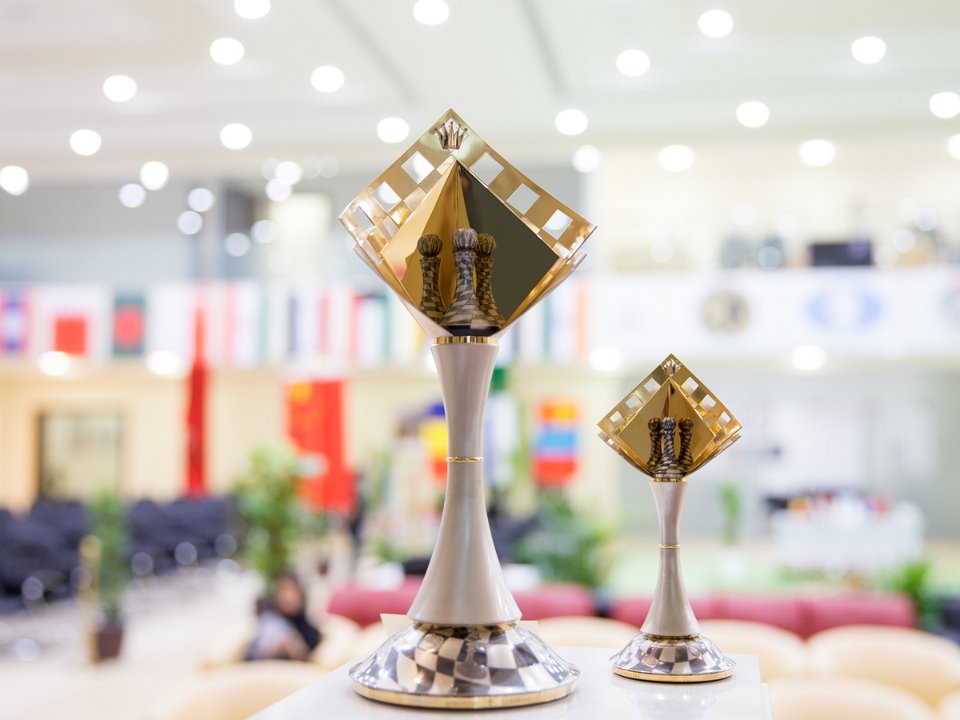 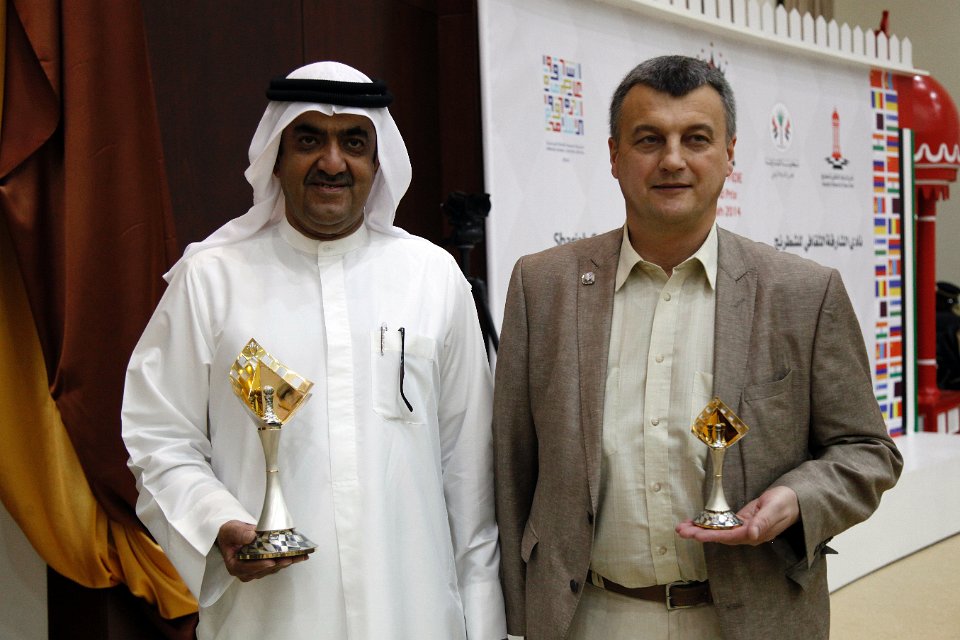 The Classic Jewelry House Lobortas had previously created for FIDE the Large and Small Chess Cups “Caissa”. World Champion Hou Yifan was the one who got the award “Caissa” during Istanbul Chess Olympiad in 2012.
FIDE, the World Chess Federation, and Lobortas Classic Jewelry House are to release the men’s Grand Prix Series trophy next year.

Drawing of lots for the tournament was held during the opening ceremony. So, the pairings of the first round are:

Photos and information by the official website and FIDE Press Officer N. Karlovich