The Icelandic Chess Championship was held for the first time in 1913. For the 100th anniversary, the tournament will be in a completely different format than in the last 99 years, when the tournament was usually a round robin for 10 to 12 players.

So now the tournament will be totally open for everyone – and held during Iceland summertime, from 31st May to 8th June. That is when the sun is shining almost all day and all night!

For the usual visitors to the Reykjavik Open, they would see Iceland and Reykjavik in a totally different light than in February and March.

The total prize fund is EUR 6.000 and the playing format is 10-round Swiss.

The playing venue will be on the 20th floor in “The Tower” in Borgartun 10-12, only 15 minutes from downtown Reykjavik, the top floor on the tallest building in Iceland. In this new glasshouse building, there is a without question the most spectacular view over all of Reykjavik and its surroundings.

The Icelandic Chess Federation therefore continues its recent tradition on only offering truly spectacular playing venues for its tournaments!

Already registered are all the strongest Icelandic professional players. The tournament will also include the Icelandic Women Championship.

The tournament is now for the first time open to all foreign players. The entrance fee is €100 but there is 50% discount for youth players (born 1996 and later). No entrance fee for titled players.

If you want to see Iceland in totally different light – The Icelandic Open Championship might be the opportunity! 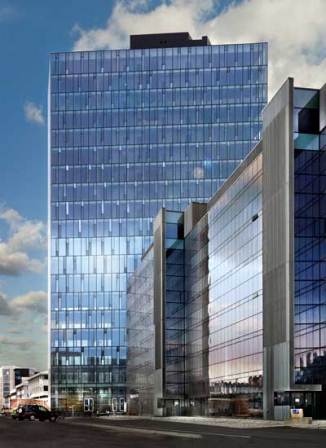 8th Tashkent Open – Memorial of Georgy Agzamov
The Uzbekistan Chess Federation has the honor to invite all chess players to take part in the international chess tournament 8th Tashkent Open - ...

Dutch Women Championship 2014 LIVE!
The Dutch Individual Chess Championship for women is taking place from 6th to 13th July 2014 at the Manor Hotel in Amsterdam, the capital ...