The 12th Sagaalgan Chess Festival 2014 took place from 28th February to 2nd March at the Buddhist University “Dashi Choynhorlin” in Ivolga Datsan, near Ulan-Ude in the Russian Republic of Buryatia.

The 13-round rapid open tournament is a stage of the Rapid Grand Prix of Russia.

The Festival had a massive turnout of 566 players, exceeding the last year number of 494 participants. 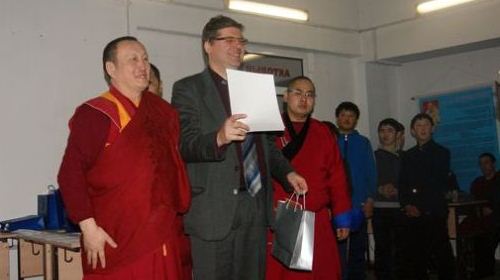