Preparations for Ikaros 2014, the annual international chess tournament that is held for the 37th time at the picturesque island of Ikaria in Greece, are under way.

The organization committee is making the necessary preparations for hosting the Greek and foreign players who will visit Ikaria from 12th till 20th of July to combine an interesting tournament with relaxing vacations in a friendly atmosphere.

Already a few Grandmasters – Zherebuck (UKR 2616), Prohaszka (HUN 2580), Velicka (CZE 2412) and IMs have confirmed their participation while others have expressed their interest to play.

As have been already explained in previous articles about Ikaros tournament on Chessdom (here and here), chess in only the excuse to visit Ikaria, an island on the east part of the Aegean Sea that remains away from mainstream tourism but still offers its unique character and beauties to its friends and visitors. 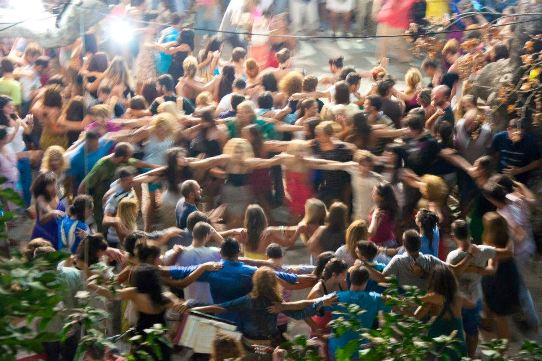 What is evident even upon arrival at Ikaria is that the pace of life there is slower. No one is in a hurry and Ikarians want to enjoy their every moment. This serene way of life together with a healthy diet is the main reason that has led to the inclusion of Ikaria in the very distinct set of Blue Zones.

Blue Zones are places where inhabitants enjoy a significantly high life expectancy. The Ikarian way of life has attracted great international interest worldwide and major networks and publications published articles and reviews on the island (like CNN that characterizes Ikaria as The Best Greek Island for Nature Lovers), newspapers (like Washington Post: “Lessons in Language and Life on the Greek Island of Ikaria”) and magazines (like New Your Times magazine: “The Island Where People Forget To Die”) 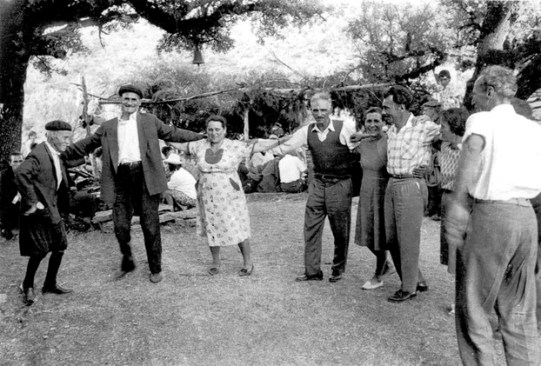 A group of elder Ikarians dancing Ikariotikos back in 1970

Ikarians really know how to have a good time and enjoy life. This is particularly evident at the local festivities called “Panigiria”. Panigiria are organised throughout the year (especially during summer) by the local communities and are a great chance for the Ikarians to get together, celebrate, enjoy and most of all dance the local dance called “Ikariotikos” (meaning “from Ikaria”).

Ikariotikos is an old dance characteristic of the Ikarian mentality with movements that are not very fast but give each dancer the chance to express himself in a unique way. Ikariotikos is where all generations meet with young boys and girls dancing together with seniors well into their ‘80s.

In general, Ikaria promises a unique experience to its visitors, especially those who are looking for interesting and alternative tourist experiences and who are willing to get the feeling of everyday life in a Greek island that has not succumbed to mainstream tourism. A very good option for families and chessplayers (of course :-)) who can combine inexpensive vacations in a peaceful but full of interesting experiences and places to discover environment.

Information about Ikaros 2014 together with info and links about the island of Ikaria are available at: 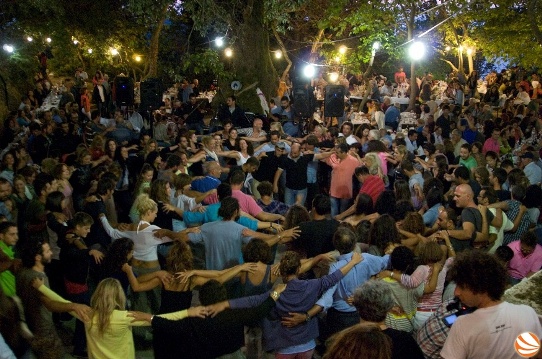 Why do people keep coming back to Ikaria to play chess every summer: Articles at Chessdom (Part1) and (Part2)

A Virtual Tour at Ikaria: http://www.greecevirtual.gr/panoramic/ikaria/tour.html
(Navigate using the google map, choose a spot on the map or the Locations menu and enjoy the panoramic view)

Information about Blue Zones and Ikaria can be found at:

Finally to get an idea about “Panigiria” and “Ikariotikos” check: