The 38th International Chess Tournament “Ikaros” 2015 will be held from Saturday 11th till Sunday 19th of July at Aghios Kirykos, the capital town of Ikaria, Greece.

The Men and Women Greek Open Championships 2015 are integrated with the Chess Festival. 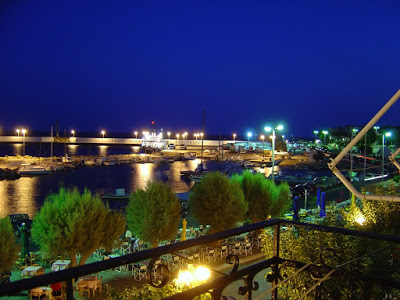 Night view of the port of Aghios Kirykos

The top prize in the main tournament is 800 EUR. Read the full Regulations on the official website.

Extension of prepayment date:
The final deadline for prepaying the participation costs (and taking advantage of the extra 10 euros discount per person) and the ferry tickets tickets is extended until Thursday, July 9, 2015.

Exclusions:
For the first two (2) rounds the players who shall request to be excluded from the pairings of these rounds will receive half (0,5) point for every exclusion. For the rest of the rounds the players who request to be excluded will receive zero (0) points. Exclusion requests for a round should strictly be made prior the publication of the pairings for the requested round.

For possible updates and additional information concerning the Ikaros International Chess Tournament 2015, and the island of Ikaria, you can visit: