Ukrainian Grandmaster Illya Nyzhnyk recently decided to begin his higher education in the United States. He was offered scholarships from multiple excellent universities. At the end, he decided to attend Webster University and applied for admission less than a month ago.

He just passed his TOEFL exam, and was officially admitted earlier today. He will begin his study in St. Louis in a few months.

He sent a quick message to CDN earlier today after he found out that his application was approved:

“I am so excited about entering Webster University!

My dream was to work in a friendly and professional chess team as well as to get high quality education. Now my dream comes true. I thank SPICE for providing me this opportunity and I look forward to coming to Webster.” 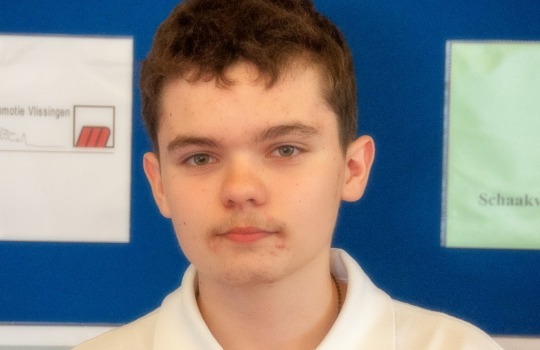 Nyzhnyk was born on 27th September 1996 in Vinnytsia (Ukraine) and gained worldwide attention when he won Group B of the 2007 Moscow Open at the age of 10. He attained a nearly flawless score of 8½/9 and his performance rating was 2633, that of a Grandmaster.

In December 2010 he was equal first at the Schaakfestival Groningen tournament, securing his final GM norm and making him, at 14 years and three months, the youngest Grandmaster in the world.

Open Forum: Magnus Carlsen in conversation with Peter Thiel
Silicon Valley Bank, Innovation Norway and Churchill Club are organizing an open forum "Meet the Mozart of Chess" on 16th January at the Computer ...