IM Andreas Biernair grabbed the winner’s trophy at the 17th Lienz Open. He took the first prize after getting 8/9 points, leaving GM Rainer Buhmann half a point behind.

The Austrian IM obtained two straight victories on the last rounds to claim the trophy. First, he defeated his compatriot Robert Rieger on the 8th round and then he got a full point in his game against GM Zoran Jovanovic because the latter arrived late to the board.

The 17th International Lienz Open was held from 9th to 16th February at the RGO-Arena Julius-Durst-Straße 6, 9900 Lienz, Austria.

In order to create a pleasant environment for the players and accompanying persons, the organizers covered all expenses for coach-tours, guided tours, indoor swimming pool and farewell dinner. 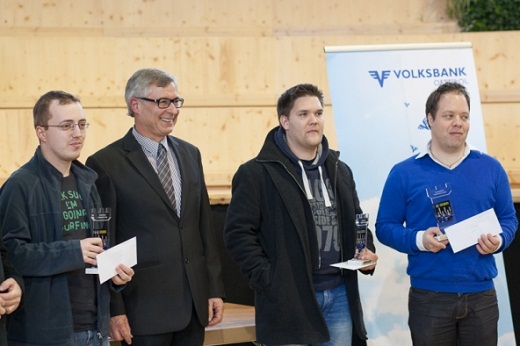