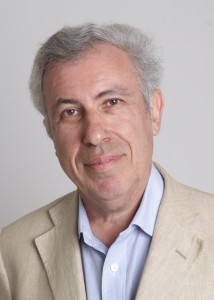 The situation that has developed in recent weeks is potentially the biggest tragedy ever to undermine the world of organized Chess. With legal threats and ultimatums flying around and about to land in the next few days, almost every member country in FIDE, and thousands of their players, are at risk of being deprived of their once-in-two-years opportunity to participate in the biggest, and for many players the most important and the most enjoyable of all Chess competitions.

From the competitive standpoint the Chess Olympiads are about much more than the cups and medals awarded to the top teams and players. They provide many countries, especially the growing number of smaller FIDE countries, the best international competitive opportunities for their leading players. Also, the Olympiads are much more than mere competition – they are the biggest social events of the Chess calendar, giving the players and officials the opportunity to meet their Chess friends from around the world and to make new friends. I was fortunate in being able to experience, at first hand, the wonderful Chess experience that is the Olympiad, and I believe that the same experience, the same competitive opportunity, the same pleasure, should be made available to the teams of every member country in FIDE.

Gens una sumus. We are one family. Please do not forget, dear members of the “Tromsø Olympiad 2014” Organizing Committee, that Gens una sumus is the basis on which FIDE was founded, and on which FIDE should always be allowed to operate. It is for this reason that FIDE President Ilyumzhinov has exercised his ultimate control of the event, to insist that all those countries who registered their original participation for the event be allowed to take part and be granted the necessary visas.

This year’s Olympiad is the product of two “parents” – yourselves and FIDE. The father of the event, responsible for its existence, is FIDE, which has sowed the seed of the Olympiad every time it has taken place since it was first born in the 1920s. This year you are the mother of the Olympiad, hopefully giving birth to it on August 1st. Sometimes, as is the case this year, parents squabble, which is saddest of all for their children. And when such squabbles take place, all of the sensible recommended advice is that the most important thing of all is to do whatever is in the best interests of the children. I ask you not to allow whatever difficulties are being faced by your committee to act against the best interests of your child – the 2014 Chess Olympiad, and against the interests of the countries and their players and officials who have planned to come to Tromsø.

I ask you to allow all those who wish to in this great family to come together in Tromsø in two weeks time, to participate in, celebrate and enjoy the wonderful event that is the Chess Olympiad. I ask you to put aside whatever differences you have with FIDE. I ask you to find solutions to whatever problems your committee is facing at this late stage. I ask you to talk to and work creatively with FIDE in the true spirit of Gens una sumus, to solve all such problems, and not to make the problems worse or create new ones. In an organizational project such as the Chess Olympiad there are few problems that cannot be solved with additional money, and I feel sure that, whatever additional money you need in order to enable you to accept the FIDE President’s instruction to admit all the teams who originally registered, with good will on both sides you will find a way to solve that problem. Yes there might still be problems in finding enough hotel rooms, but again, with good will and sufficient effort it must be possible to find acceptable accommodation for everyone.

Please dissolve the current squabble so that your child, the 2014 Chess Olympiad, is born healthy in two weeks time.