The 7th edition of the South American Junior Chess Championship was played 15-22 June in Asuncion, Paraguay. The federations of Argentina, Bolivia, Brazil, Chile, Colombia, Ecuador, Paraguay, Peru, Surinam , Uruguay and Venezuela participated in the event with some of the best talents from the region.

IM Evandro Amorim Barbosa won the open section with 7,0/9 securing a GM norm as the winner of the event. The last round draw against Adrián Saltos Vélez was enough for Barbosa to secure the first place. Second place was for FM Santiago Yago De Moura. As he had the same points as the winner, he was awarded the IM title. The top local finisher was FM Guillermo Vázquez, third with 6,0/7 and just a step away from an IM title.

The women section was won by Valentina Jorquera with 7,0/9. She was awarded the WIM title for the victory. WFM Adriana Pachon won the silver, while bronze is for the Bolivian Champion WIM Daniela Cordero.

More information at the Spanish version of Chessdom. 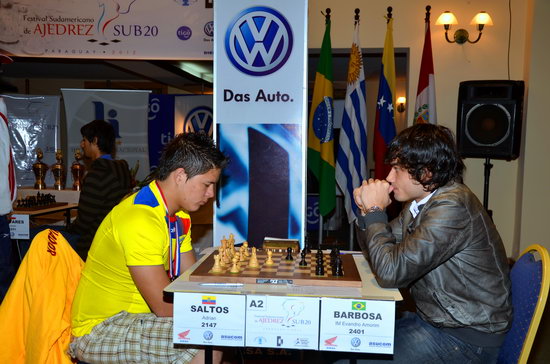 Barbosa on the way to tournament victory 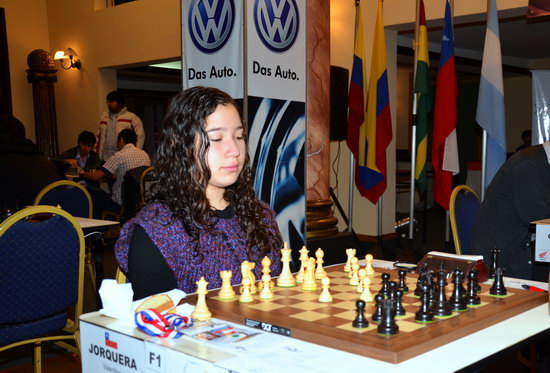