Akshayraj obtained 7.5/9 points to finish half a point ahead of his two closest followers. Argentine GM Ruben Felgaer edged Eltaj Safarli in tiebreaks to keep the second place.

The Indian IM had an impressive 2743 rating performance, achieving his fourth GM norm. This is his second norm in the last two weeks, as he got another one at the Rochefort Open. 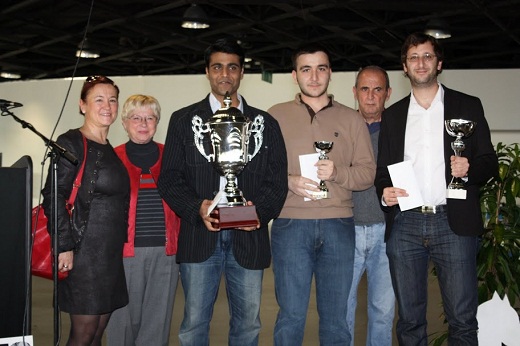 This event is known for being a good opportunity to make norms, and this year it was not an exception. Besides Akshayraj, Manuel Valles obtained his first IM norm, Gary Giroyan got his third (obtaining the IM title), and the young Romanian Adeline Uta grabbed her second FM norm.

317 players participated in the three sections. The organization hopes to break the 2003 record of 323 participants during next year’s edition.