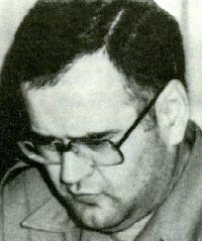 Matulovic was born on 10th June 1935. The popular “Doctor” was one of the leading Yugoslav Grandmasters in 1960s and 1970s, national champion in 1965 and 1967 and winner of many international tournaments.

The high point of his career was participation in the match between Soviet Union and Rest of the World in 1970, when he played against Mikhail Botvinnik.