She learned to play chess in the family, adding the game to a wide range of high school interests, including acting, guitar, poetry and singing in a choir. Soon she became champion of Novi Sad and at the age of 18 started playing in the Novosadski Chess Club. 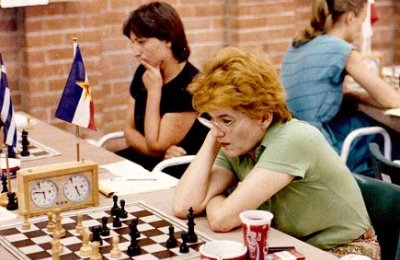 For her chess was the battle of ideas and intellects and “the most honest profession”. She always played for victory and the first place. With this attitude, she famously rejected a quick draw in the last round of Sukhumi Candidates Tournament, which was sufficient to become challenger to World Champion Nona Gaprindashvili. She played on and lost that game, “only tying” the first place with Kushnir and Zatulovskaya and finishing second in the play-off.

As Chairperson of FIDE Women’s Commission from 1970-1978 she introduced a number of revolutionary changes. She joined the Open and Women’s Olympiads together from Skopje 1972, expanded the Olympiad teams from two to three boards, established the WGM title, started the rating system for women.

In 1965 she established the traditional Belgrade tournament dedicated to Women’s Day 8th March, which is still running. She was the first female IA in Yugoslavia and the chief arbiter of Nona Gaprindashvili tournament in 1991, Investbanka tournaments in 1995 and 1997.