The Final 6 of the Top Chess Engine Championship TCEC continue their quest for the coveted title of Season 8 of the premier computer chess championship. Komodo and Stockfish are the two favorites, having won convincingly their respective groups in the first stage, while leaving other engines far behind.

However, Stage 3 is a completely different story for the two engines. In a surprising turn of events, leader after round 10 is Gull (ELO 3123). It has collected 7,0/10 and has Komodo a full point behind with 6,0/10. Stockfish is third with 5,5/10 after having a non-critical bug in the beginning of the stage, but with the organizing committee resolution was allowed to continue with a previous version.

Gull’s lead comes as a surprise to many chess fans, but not to the experienced TCEC followers. Gull’s performance last season impressed many as Gull pulled a Caruana and continued playing strong chess all tournament. Will Gull qualify this time for the Suprfinal? Follow the Stage 3 of TCEC live here 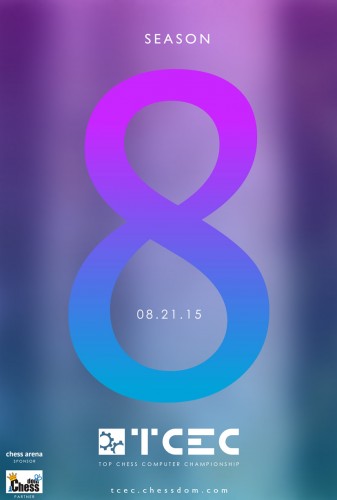