The Indian team outclassed their Israeli counterparts 29.5-18.5 in the India-Israel 2012 match, a curtain raiser to the world chess championship 2012 in Moscow.

Second highest rated Indian Grandmaster Krishnan Sasikiran paved the way for his team’s victory scoring a massive 7.5 out of a possible eight on the final day.

Winning seven games in all, Sasikiran just conceded a single draw when he could not force matters against Vitali Golod in the rapid game. 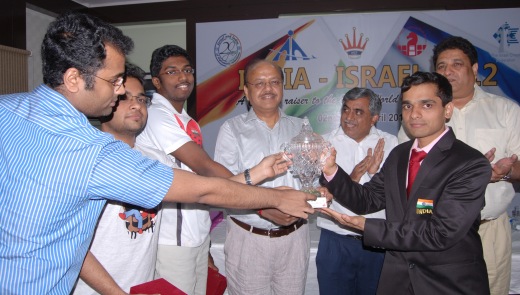 Higher ranked on all four boards, the Indian victory was expected but the way it came might give reasons for smile to world champion Viswanathan Anand who plays the next match against Boris Gelfand of Israel in May this year.

The Indians had held a healthy lead in the opening round which they built on, on the final day as well.

The day started with Abhijeet Gupta striking form against Ilia Smirin in the blindfold game that he won without much ado. 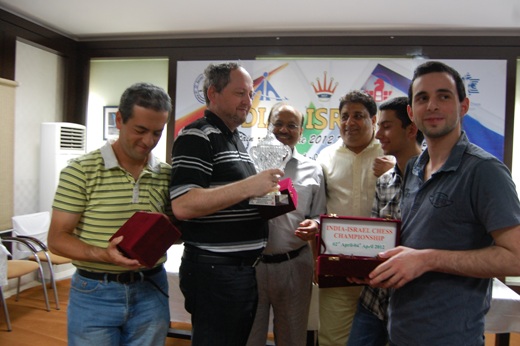 Sasikiran also caused the damage for the Israelis with a vital victory against Golod and by the time the final round began the Indian victory was only a matter of time.

From Israel’s perspective, Grandmaster Baron Tal was on the receiving end throughout the match and went on to lose all 12 games that he played against Indians.

The best Israeli player was Ilia Smirin who scored 8 points in all and was especially effective in the last round where he scored 3.5/4. International Master Gil Popliski scored 4.5 points while Vitali Golod ended up with six points in all. 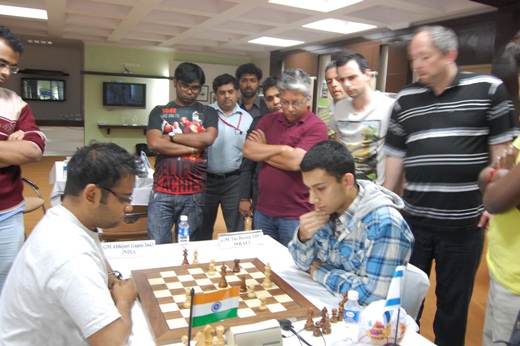 Sasikiran was by far the best Indian as well as the best player in the meet scoring 9.5 points out of a possible 12.

B Adhiban and Abhijeet Gupta scored seven and half and six and half points respectively while first day hero Gopal lost steam and ended up with six points in all.

Chairman of Airports Authority of India Mr. V P Agrawal distributed the prizes in a ceremony organized soon after the matches. The AAI sponsored the event.